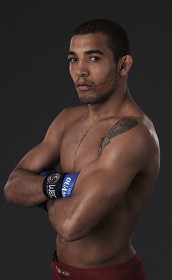 Newly crowned UFC featherweight champion Jose Aldo could fight top contender Josh Grispi at UFC 125 on Jan. 1, according to an Ariel Helwani story on Versus.com, which says that the UFC has distributed fight agreements to both camps.

Helwani also reports that if the fight comes to fruition, it would mean the Grispi vs. Erik Koch bout set for WEC 52 on Nov. 11 would get scratched.

Koch recently spoke with Pro MMA Now about the fight with Grispi and how both men would match up with Aldo.