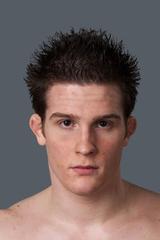 WEC featherweight prospect Erik Koch (10-1) was training hard and getting ready for the biggest fight of his career, set to take on top contender Josh Grispi in the co-main event of WEC 52: Faber vs. Mizugaki on Nov. 11 in Las Vegas.

However, with the news that Grispi is set to instead face featherweight champ Jose Aldo at UFC 125 instead, Koch is bummed out to say the least.

“It sucks,” Koch said, adding that the WEC is currently looking for a replacement. “All I’ve heard is they haven’t found anybody yet.

“It’s part of the business,” he said. “I’m going to keep training as if I’m fighting Grispi and I have the biggest fight of my life coming up.”

There is some good news for Koch, though. With the WEC set to merge with the UFC, Koch will soon grace the UFC’s roster. Although the WEC has established itself as arguably the best organization for 135- and 145-pound weight classes, Koch said that fighting under the UFC banner makes a difference.

“It’s awesome,” Koch said. “It’s exciting for all of us. It means more pay fighting on pay-per-views … and we’re going to get recognized as UFC fighters now. That’s a big deal. In the mainstream, a lot of people don’t know MMA but they know the UFC.”

Koch wasn’t incredibly surprised by the news, because, as it turns out, he was recently contacted about having his character appear in the next version of the UFC: Undisputed video game series.