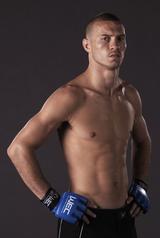 Both fighters picked up victories at WEC 51 last month. Cerrone dominated former titleholder Jamie Varner for three rounds in a much anticipated rematch. The bout prior, Cerrone lost to Ben Henderson when he was forced to tap out in the first round due to a guillotine choke.

Horodecki lost his WEC debut in December 2009, suffering a brutal TKO to Anthony Njokuani courtesy of a head kick. But Horodecki rebounded to win his last two fights, including a third-round submission win over Danny Downes and a split decision victory over Ed Ratcliff.