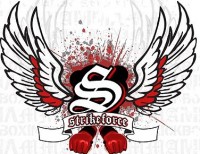 In the Oct. 22 main event, Relentless” Roger Bowling (8-0) will put his unbeaten record on the line one more time against “Vicious” Bobby Voelker (22-8) of Kansas City, Kan., in a rematch of an exciting fight last May 21 that ended prematurely due to an accidental poke in the eye

Undefeated prospect and Fresno resident Billy Evangelista (10-0, 1 NC) will make his long-awaited return to the cage when he faces Waachiim “Native Warrior’’ Spiritwolf (8-6-1) of San Diego in a 165-pound catch weight fight.

The hard-hitting Johnson, who will be making his second start since being gunned down at a family barbeque in 2009, is coming off a second-round TKO (punches) win over then-undefeated Lolohea Mahe last March 26 on STRIKEFORCE Challengers at Save Mart Center.  To date, all of Johnson’s wins have come via knockout, TKO or submission.

The 6-foot-2, 33-year-old Johnson survived three gunshot wounds on July 4, 2009, sustained during the walk-by shooting that led to the death of a cousin.  Johnson spent 30 days in a hospital, fighting for his life, and several more months rehabilitating.

Zwicker, a 6-foot-2, 28-year-old, is a member of the San Pasqual band of Kumeyaay Indians.  He won his initial eight outings, including a second-round TKO over Ovince St. Preux on Sept. 26, 2009. In his most recent start last April 25, Zwicker dropped a decision to Cody Goodale.

Zwicker’s scheduled opponent was a no-show the day of the fight so he agreed to take on Goodale, who was 40 pounds heavier. “I had so many friends, family and fans that had already got tickets. I had to go ahead with the fight,” Zwicker said. “I didn’t want to let them down.”

Zwicker grew up and still lives on the San Pasqual Indian Reservation near San Diego.  In his younger days, he seemingly fought every day against guys from other reservations and street thugs from nearby Escondido. The pavement punchouts ultimately got him into trouble, but he turned his life around when he followed in a brother’s footsteps into the MMA gym.

“I was a tough guy who wanted to fight all the time,” Zwicker said. “I definitely had a reputation.”

Once he got into MMA, Zwicker distanced himself from the rabble-rousers and is now married and the father of two young children, Duke and Maniya.

“I am proud that I could separate myself from everything,” said Zwicker, whose nickname “Rezdog” is in reference to the reservation.  “I got out of the rut and expanded my life. I’m very happy where I’m at. Now, I can focus on my family and career. Fighting has created many opportunities and opened doors for me I’d never had on the reservation.

“I am beyond excited to be able to fight for STRIKEFORCE. I’ve always wanted to perform on the big stage and prove my ability, and this is my chance.”

Olsen will be making her fifth start since turning pro on May 6, 2009. She showed her superior ability by scoring a second-round TKO over 2007 HOOKnSHOOT Grand Prix Champion Kaitlin Young in her second outing. The 5-foot-7, 28-year-old Olsen earned an entertaining decision over then-world-ranked seasoned veteran Yoko Takahashi in her last start April 24.

Olsen’s first fight for STRIKEFORCE has been a long time coming. She thought she’d be facing Erin Toughill in August but the bout was scrapped when Toughill couldn’t make the contracted weight. A visibly irritated Olsen expressed her displeasure with Toughhill in an open letter that ran on various MMA websites.

The focus now for a member of the Minnesota Fight Factory, however, is solely on Oct. 22, and to ultimately be acknowledged as the No. 1 fighter in the world.

“Fighting Cyborg, Erin or anyone else is not my goal; my goal is to be a world champion fighter,” Olsen said. “To have the opportunities to fight the best fighters and to prove myself, these are my goals. The fighters I face are the obstacles on the path to my goal and if I let what they say or what they do take me from that path, then I have already lost.”

Budd is a dedicated 5-foot-7, 27-year-old athlete who has been yearning for a shot in the spotlight.

“I’m so excited to finally fight in MMA,” said Budd, who played all sports while growing up in a small town before, she says, “I decided to try something different. Once I started in the martial arts, I got hooked and just loved it. I look forward to a great, exciting fight.”

Budd, who graduated from the University of British Columbia with a Bachelor’s degree in human kinetics, is a personal trainer and Pilates instructor at Gibson Kickboxing in Port Moody BC.

Tickets for the STRIKEFORCE Challengers event are on sale at the Save Mart Center box office, select Save Mart Supermarkets, all Ticketmaster locations (800) 745-3000, Ticketmaster online (www.ticketmaster.com) and STRIKEFORCE’s official website (www.strikeforce.com).