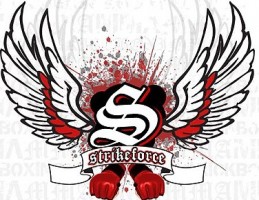 Mixed martial arts superstar Dan Henderson will take on former STRIKEFORCE world champion Renato “Babalu” Sobral at light heavyweight (205 pounds) in the main event. Football legend and unbeaten MMA fighter, the amazing Herschel Walker (1-0), will be opposed by an opponent to be determined in a televised heavyweight bout. Popular St. Louis native Jesse Finney will take on a foe to be announced in the top non-televised undercard scrap.

Daley is an exciting British bomber and freelance mixed martial artist whose style is a mix of striking, striking and more striking. Smith is a superb Muay Thai striker with tremendous one-punch knockout power. Neither is accustomed to putting in a full night’s work.

Combined, the fighters have 42 victories, but only five of those wins have come via decision, and all five belong to Daley. Smith, a pro since June 2001, has never been triumphant on points.

The world-ranked 5-foot-9, 27-year-old Daley scored a decision over Jorge Masvidal last Sept. 11. Prior to that, Daley’s last victory on points came on July 1, 2006.

“I am a striker – there is no secret about that,’’ said the brash-talking Daley, a winner of two in a row and six of his last seven. “I like to knock people out aggressively and quickly. That’s my game and no opponent’s going to change that. Almost all my fights are exciting and memorable with non-stop action.’’

Daley, who has compiled a highlight reel of impressive knockout victories, has competed against some of the best since turning professional in June 2003. Three of his most significant victories came against Masvidal, a 2:24, first-round KO (punches) over Dustin Hazelett on Jan. 2, 2010, and a 2:31, first-round TKO (punches) over Martin Kampmann on Sept. 19, 2009.

“Everyone knows I detest decisions,’’ said the soft-spoken six-foot-tall, 31-year-old Smith, a proven finisher known for dramatic, stirring comebacks. He’s won all his fights by knockout or technical knockout – 12 in the first round.  The fight with Daley will mark Smith’s first start at 170 pounds.

“Fans want action all the time and so do I. That’s what I am all about.’’

In his most recent start last June 26, Smith lost to former STRIKEFORCE World Middleweight (185 pounds) Champion Cung Le in a rematch, one fight after Smith handed Le the first loss of the San Jose-based Vietnamese star’s fight career with an astonishing comeback third-round knockout on Dec. 19, 2009.  The dynamic Le had previously amassed a perfect, combined 22-0 record in professional MMA and kickboxing.

A special ticket pre-sale for STRIKEFORCE; Henderson vs. Babalu for “STRIKEFORCE Insiders” began yesterday and will conclude tomorrow/Thursday, September 30 at 10 p.m. CT.  Fans can sign up to become an “Insider” at STRIKEFORCE.com.  Anyone who purchases tickets during the pre-sale period will receive a special $5 off discount.

Doors at Scottrade Center will open for the event at 6 p.m. CT.  The first preliminary bout will begin at 6:30 p.m. and the first SHOWTIME televised main card fight will begin at 9 p.m.