UFC welterweight champ Georges St-Pierre was astounded by the enormous fan reception during an Ultimate Fighting Championship promotional tour of the Philippines last week. He feels the sport and even himself may be more popular there than in America. It was something he had not expected nor prepared for.

Scores of fans and television crews were already up and waiting shortly before 5 a.m. for St-Pierre as he arrived at Manila’s Ninoy Aquino International Airport last Thursday. St-Pierre said the crowds were so bad he needed three bodyguards everywhere he went.

He had a busy schedule with promotional duties but still found time to train twice-a-day. One nice bonus of the trip was that he got to work out with legendary boxing trainer Freddie Roach and the pride of the Philippines, Manny Pacquiao, who was preparing for his upcoming bout against Antonio Margarito.

St-Pierre reflected on the experience of training with one of his idols,

“Manny Pacquiao is one of my favorite boxers and it was a great experience to see him and how fast he is. To see it live and see it on TV is two different things.”

After visiting Pacquiao and Roach, St-Pierre made his way to the Mall of Asia in Pasay City for an appearance and public workout. He described the scene upon leaving the gym:

“After the training I was leaving the gym, I was on the balcony and the traffic on the street was stopping. People were pointing at me like ‘hey, this is Georges St-Pierre of the UFC,’ and the traffic stopped. It was like the city was shut down and I had never seen something like this before.”

Some have said the size of the crowd was bigger than when Pacquiao, who is almost like a god to these people, made his appearance at the mall. It was described as pure pandemonium as the fans chanted “GSP” and watched the UFC champion do his thing.

St-Pierre commented after the trip that it was his first time in Asia and the people were the nicest people he had ever met. The pictures below show St-Pierre with Pacquiao, Roach and the hordes of fans who came to see a real live UFC superstar.

Georges St-Pierre is scheduled to make his fifth title defense in the main event at UFC 124 on Dec. 11 in a rematch against fellow TUF 12 coach Josh Koscheck. UFC 124 will air live on Pay-Per-View from the Bell Centre in Montreal, Quebec, Canada. 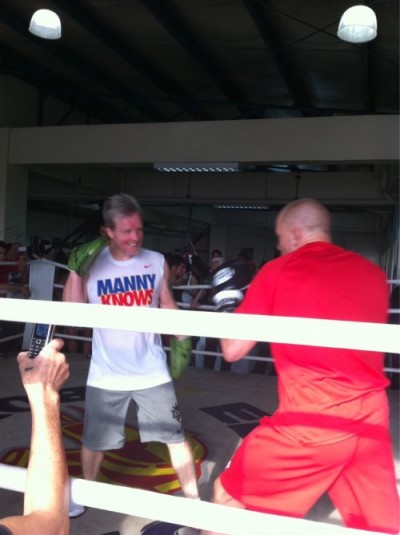 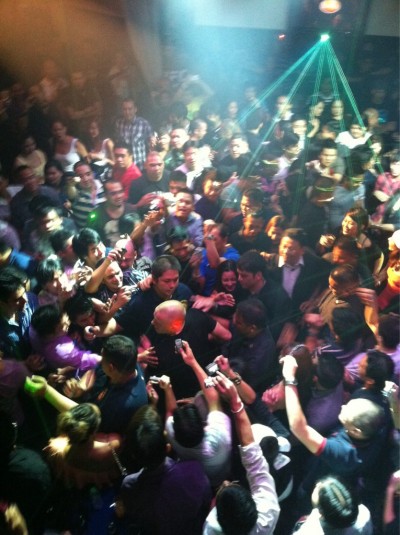 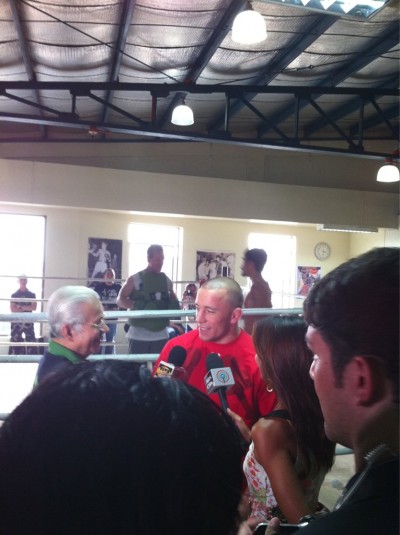 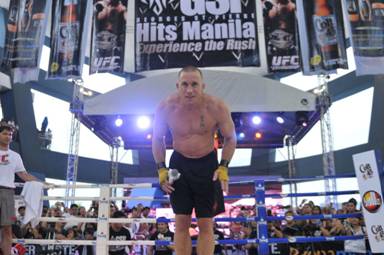 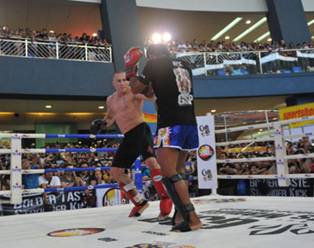