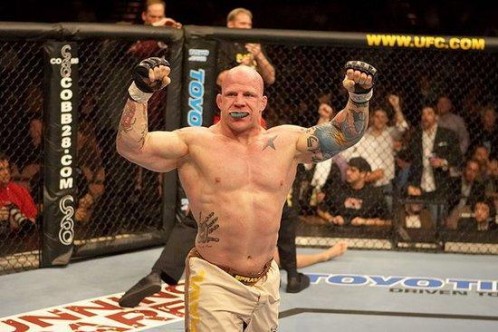 MMA’s global expansion will continue in Israel. A promotion called Israel Fighting Championship with host a card in Tel-Aviv on Nov. 9. The card will feature several names familiar to MMA fans like Jeff Monson, Frank Trigg and Ricco Rodriguez.

Monson has been talking about moving to light heavyweight for some time. It seems like he is finally making the change. In his last fight, he defeated Dave Keeley with his patented North-South choke. The veteran’s professional record now stands at 37-11 with 23 submission victories. He will meet Russian Kickboxer Sergey Shemetov.

Trigg received his walking papers from the UFC after dropping back-to-back fights to Josh Koscheck and Matt Serra. The former UFC title challenger will look to get back on track against Roy Neeman.

Rodriguez recently pulled out of a scheduled fight with Dave Herman at Bellator 31. However, he is still currently slated to compete on the Israel FC card. The former UFC heavyweight champion is currently riding a nine-fight winning streak. In his last fight, he took a split decision victory over John Juarez at USA MMA “Stacked.” He will face off against KSW tournament runner-up Daniel Tabera on Nov. 9.