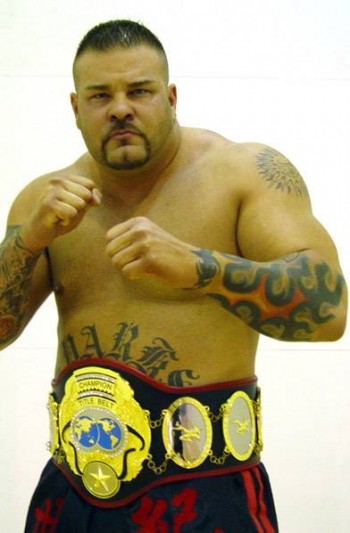 “We’re thrilled to give the Louisville faithful a heavyweight match of this caliber,” said Bellator Chairman and CEO Bjorn Rebney. “Both fighters are beloved in Louisville, and will give the fans at Fourth Street Live! a great show.”

Both heavyweights enter the fight sporting perfect professional records, Sparks is 5-0 and Maynard is 2-0 in their respective fighting careers. The massive 6’5” 265 lb Sparks has notched 4 of his professional victories by knockout, while his Maynard has won both of his outings from submissions due to strikes. The pair of hard-hitting heavyweights has finished a combined 6 of their 7 fights, which makes the odds of this heavyweight showdown making it to the judges very unlikely.

“This fight should end with a knockout,” said a confident Sparks. “Although I wouldn’t mind it going to the ground either. Everyone sees me as a huge stand up fighter, but I have taken my ground game to a whole new level, and I want people to see that.”

The biggest struggle “The Monster” has faced hasn’t been in the ring, but finding someone who is willing to take him on. After having his previous two fights cancelled or postponed, Sparks is truly thankful to be given this opportunity in his hometown.

“I’m just excited to get back into the ring,” said Sparks. “Bellator is a huge promotion, and to make my debut in front of all my friends and family just makes it even more special. The fans know I always provide a great show, and this won’t be any different.”

Tickets for the event – which will also be broadcast LIVE nationwide on FOX Sports Net along with action-packed highlight shows that will air on NBC Saturday nights – are on sale now at ticketmaster.com