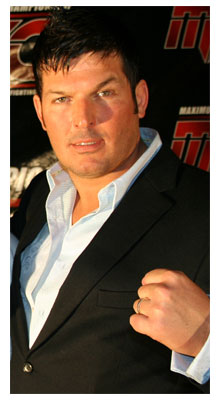 It’s amazing in this day and age how many people want to be in the MMA business and how many non-educated people are promoting the sport of MMA.

Cities all over the country are forming commissions with members that don’t know the difference between an armbar and a rear-naked choke. These commissions can’t fathom why it’s wrong for a guy with a record of 33-11 fighting a guy who is 0-1, and don’t understand the mistakes they’re making when they let a veteran with a record of 94-16 fight someone who is 1-3.

It’s unmistakeable the dangers this can cause. Who is going to be  responsible when the unprepared fighter is seriously hurt or worse? It’s an embarrassment but even more than that it is criminally irresponsible.

Most of these ignorant promoters don’t care. To them, it’s about looking good, wearing the coolest T-shirt and being able to brag at the after-party about how they “own” an MMA show. I used to think that it is the fault of these idiots but after really thinking about it, it is the commissions’ fault.

See my big problem is that this is the only thing I am good at. I really love it – I mean really love it. We at the MFC don’t do this as a hobby or a side business or for a way to play some sort of role.

This is my business. This is how my family survives. It is our life and our livelihood.

I’ve spent the last 11 years trying to bring my organization up to the highest level and run it with very high standards. I truly believe in the near future that we will see a very serious injury or death if this continues.

You would think that these promoters would not chance it and screw up but I realized any person who would put an 0-1 fighter against a 33-11 fighter can’t love the sport of MMA because the ramifications that will come if that unqualified fighter got seriously injured would resonate throughout the country (if not the entire world).

And with the recent B.C. Medical Association on their ridiculous crusade trying to get MMA stopped and Ontario on its way to getting sanctioned all we need is any slight mishap and you will see the sport of MMA go down the toilet in Canada – and for that matter anywhere else where sanctioning is a hot topic such as New York.

And it’s not just about unscrupulous promoters who don’t know the first thing about proper matchmaking or care about things like medicals and insurance.

It’s also about these promoters who get away with putting on shows by throwing the word “amateur” on a poster and calling themselves “sanctioned” by some group of guys in a basement somewhere. These shows, specifically in Saskatchewan, are 100% illegal.

Who is going to take responsibility if and when a young man is seriously injured, crippled, or killed? There is no sanctioning body, no civic or provincial commission who commands proper insurance and medical precautions.

But do your “amateur” show in a dark pavilion or in some sketchy nightclub and you can get away with it. It won’t be long before you wreck someone’s life and the sport itself. You don’t love the fighters and you don’t love the sport. You love a quick buck and being able to walk around like you’re some kind of celebrity. You are a ticking time bomb.

I worry every day about things like this and if commissions are not going to regulate or make sure that these promoters are not allowed to do these types of matchups, I will write, petition, and hassle these commissions to start being a proper regulatory body.

I want people to know who is doing right and who is doing wrong. The question isn’t whether you like me or not. We are bonded by our love and passion for MMA and even before the Maximum Fighting Championship what always comes first is the preservation of the sport of mixed martial arts.