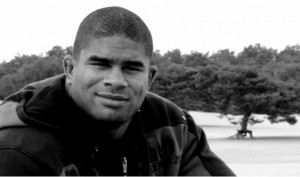 Take a trip through the career of Strikeforce heavyweight champion Alistair Overeem. From his beginning in Rings to PRIDE to K-1 and to Strikeforce, Overeem narrates this video and talks about the highs and lows of his career.

He’s a fighter who learned from his losses, went through a slump and bounced back to become one of the very best and most-feared heavyweight MMA fighters in the world.

He talks about how his feud with Badr Hari began and why he chose to go to K-1 in the first place. He talks about the great PRIDE light heavyweight grand prix of 2005 and much more. Although he has achieved a tremendous amount in his career, Overeem says what keeps him motivated is there are still championship titles out there he would like to win including K-1, DREAM and UFC, and of course, he enjoys the money.

An interesting side note: Overeem taps out Fedor Emelianenko with a guillotine at the 15:20 mark.

The career of Alistair Overeem from THE REEM on Vimeo.

3 thoughts on “Alistair Overeem wants the UFC title; a look at the Demolition Man’s career *VIDEO*”