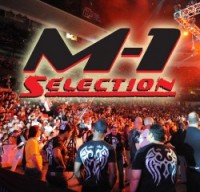 The M-1 Selection: Americas tournament finals heavyweight contest features two fighters with contrasting styles both in an out of the ring.   Team Bombsquad’s Pat Bennett and American Top Team’s Kenny Garner are set to enter the M-1 ring on September 18th and take the next big step on their way to the top.

At 6’ 3” tall and 245lbs, Team Bombsquad’s Pat Bennett is a mountain of a man.  With a strong wrestling pedigree, Bennett brings a 3-1 professional record into the finals.  Showing off excellent power Bennett made quick work in his quarterfinal matchup against Ryan Smiley, using only :37 seconds of the opening round to earn a KO victory.   Bennett’s semi final fight with talented heavyweight Mehdi Hassan was nothing short of a war in the ring.  The two fighters went toe to toe for 15 minutes with Bennett showing a will to win that carried him to a unanimous decision victory, and earning his place in the finals.

Outside of the ring, Bennett displays a quiet confidence.  A true warrior in every sense of the word Bennett is ready and prepared to take a place among the M-1 Selection champions worldwide.

Kenny “Deuce” Garner brings a 4-2 record to the finals.  At 6’1” and 251 lbs, Garner is deceptively quick and athletic.   Much like his opponent Bennett, Garner made quick work of his quarterfinal fight.  Garner stopped a very game Matt Hopkins by KO at just 1:35 of the opening round.  In his semi final match up, Garner looked unstoppable handling 6’ 8” monster heavyweight Andrei “The Russian Killer” Kapylou.   Garner controlled the fight from the opening bell, displaying power, precision, and stamina both on his feet and the canvas scoring a very lop sided unanimous decision victory.

Away from the ring, Garner is a charismatic personality with a chip on his shoulder and a desire to prove to his fans and foes that he deserves to move up the ladder and earn the right to prove his talents on a global stage.

In the matchup, Bennett will bring his heavy hands and high level wrestling, while Garner will bring his ever improving boxing and all around game.   Each man improves with every trip to the ring, on September 18, one of these two bright prospects will reign supreme and capture the tournament championship.