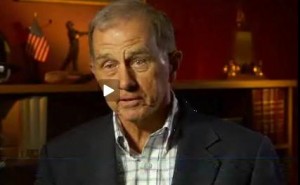 If you’re an MMA fan, this video interview with New York Assemblyman Bob Reilly might just cause you to rip your hair out. This lily-livered politician, if it were up to him, would probably have Andy Griffith and Father Knows Best reruns as the only programs allowed on American television. Forget about people’s choice and the freedom to decide for yourself. No, Mr. Reilly does not think Americans are smart enough to make up their own minds about what is good for them, so he would rather do that for you. The good news is, the guy looks pretty old so hopefully his reign of influence upon society is very short from here on out (that’s about as nicely as I can put it).

This is a preview clip of an interview Reilly did with Inside MMA, and will appear on the show tomorrow night, Sept. 3, at 9 p.m. ET on HDNet.