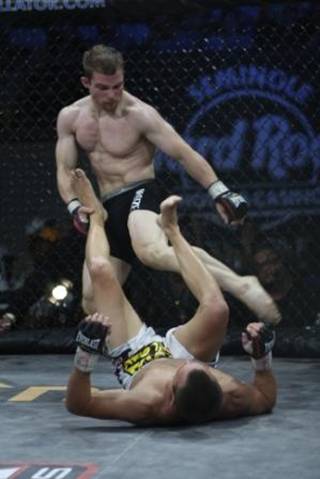 CHICAGO, Ill. (August 17, 2010) — Bellator Fighting Championships today announced the official addition of Zach Makovsky to the Season 3 Bantamweight World Championship Tournament.  Makovsky enters the tournament with an impressive 9-2 record, while currently riding a three fight win-streak.  The Philadelphia-based fighter last competed at Bellator 21 in June 2010 against Eric Luke where he secured  a fight-ending Kimura with just 30 seconds left in the second round.

“Zack Makovsky trains with our Lightweight Champion Eddie Alvarez and like Eddie has great power and dangerous submission skills. His ability to apply non-stop pressure and grind out his opponents makes him a very serious threat to anyone in this talent-stacked tournament,” said Bellator Chairman and CEO Bjorn Rebney.

Currently training out of Philadelphia, Makovsky began his career in the regional New Jersey MMA circuit after eventually joining the now defunct EliteXC. Of his nine career victories, Makovsky has stopped five of his opponents decisively by submission.

“I’m really excited to be fighting in this tournament, as a fighter you want to be facing top competition and taking the best fights you can,” said Makovsky.  “I feel like Bellator is the place to do it and I’m really looking forward to getting back in there.”