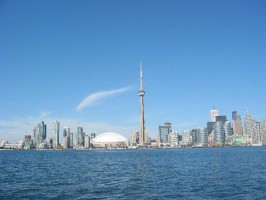 With today’s announcement that the Ontario government will legalize mixed martial arts events in 2011, the Maximum Fighting Championship – Canada’s undisputed leader in MMA – is excited and cautiously optimistic about the prospects of holding events in the province.

The MFC has long been a front-runner in proposing MMA events in Ontario, and was the first legally sanctioned organization in Canada outside of Quebec dating back to the company’s inception in 2000. Having already built up a number of ties to various venues in Ontario, the Maximum Fighting Championship is eagerly anticipating formerly announcing its first of many shows in the province.

“The MFC will be in Ontario, there is no doubt about that,” stated MFC Owner/President Mark Pavelich, who grew up in the Windsor area of southern Ontario.

“For well over a year we have been in contact with numerous venues in Ontario about hosting an MFC event and all have been very eager to work with us as the most-reputable and star-studded show in the nation.”

Negotiations with the MFC’s preferred venues have already resumed with the recent announcement from the Ontario government.

“I’m excited, our whole organization is excited, and we have heard from hundreds of MFC fans in Ontario already in the first few hours of this becoming a reality,” noted Pavelich. “But we have to be cautious about this. There has to be smart business decisions made.

“It would be foolish to think that any mixed martial arts organization could march into Ontario and just sit back and watch the money roll in. It is going to take a sound business approach, logical planning, and hard work. Mixed martial arts is our business, not a hobby. We are not going to just take the first available date and run into it blindly.

“That being said, we have had fantastic talks already with the venues we like and the reception we’ve received has been incredible. I expect we will have a full schedule of Ontario events in 2011. It is important to note that the MFC will not just pop into Ontario and run. The MFC will be a regular fixture in Ontario, and our plan is to have a full, year-long schedule of shows in several locations within the province.”