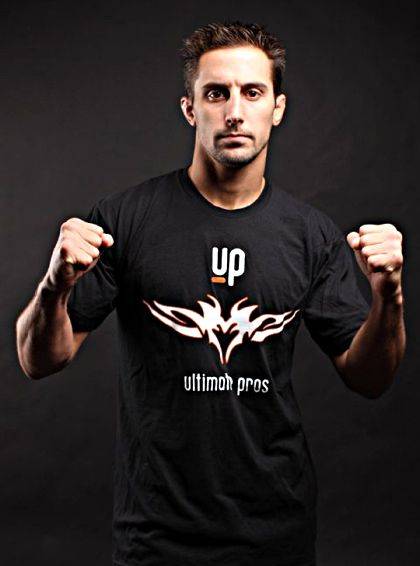 The 2003 recipient of the illustrious Dan Hodge Trophy, Larkin captured the 2003 NCAA Division I National Championship at 149 lbs on his way to becoming the only wrestler that year nominated for ESPN’s ESPY Award for best male collegiate athlete. During his time spent wrestling at ASU, Larkin became a four-time All American along with picking up four PAC-10 Championships.

“Eric Larkin’s wrestling pedigree is as good as anyone competing in our sport today,” said Bellator Chairman and CEO Bjorn Rebney.  “Larkin possesses an overwhelming amount of athleticism which gives him huge potential to become a top fighter in the sport.  Ben Askren and Joe Warren, both tremendously talented wrestlers, have dominated at Bellator.  I’m excited to see if Eric can follow a similar path.”

Following graduation Larkin took a job as the Assistant Coach of the ASU wrestling team where he coached from 2005-2009. After an unsuccessful 2008 Olympic bid, the 30-year-old who had been wrestling since age 11 decided to follow in the footsteps of numerous fellow Sun Devil wrestlers-turned MMA fighters and began training MMA full time.

“Seeing friends of mine from ASU like Ryan Bader, CB Dollaway, and Aaron Simpson get to where they are now in MMA and working out with them all the time let me know that I should make the transition,” said Larkin. “They were always trying to talk me into it and finally I was like, ‘Alright, I’ll do it’.”

The transition has proven successful as Larkin has compiled an unblemished record of 2-0 since making his professional fighting debut in 2009. Larkin currently trains out of The Lions Den in Scottsdale, Arizona and is a close training partner of Bellator Season 2 Welterweight Tournament Champion Ben Askren.

“I have the same outlook on my approach to the fight game that Ben [Askren] does: I’m going to take you down and ground and pound you until someone can stop it,” said Larkin.

Larkin currently walks around at around 164 lbs and plans to make his Bellator debut in the lightweight division before transitioning to featherweight to compete in an upcoming Bellator World Featherweight Tournament.

“I’m really looking forward to testing myself with Bellator. It’s time to gauge myself and see where I’m at,” said Larkin.