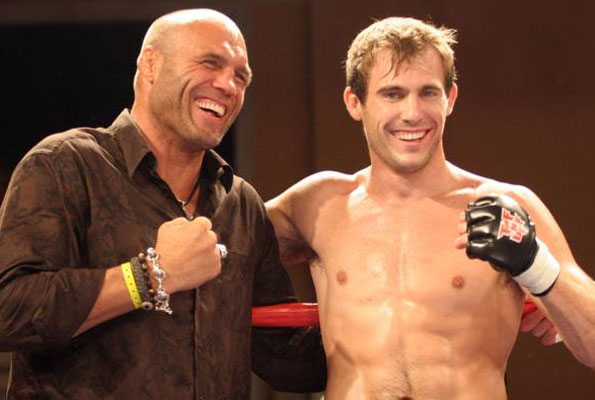 Ryan Couture, son of multiple-time UFC champion Randy Couture, has signed with Strikeforce. He will make his professional debut on Strikeforce Challengers 10. The card will take place on Aug. 13 at the Dodge Theater in Phoenix.

Strikeforce announed the signing on Thursday.

Couture has competed extensively as an amateur. He finished his amateur career with a 4-1-1 record. In his last fight, he fought to a draw with Eddie Bravo trained Sean Bollinger. Couture lost consciousness at the end of the second round due to a triangle choke, but the referee ruled that he passed out after the bell therefore he was allowed to continue. Couture also won the Tuff-N-Uff title by defeating Joe Tussing last January.

He will compete as a lightweight against Lucas Stark. Stark is a veteran of six fights, all of which have come under the Rage in the Cage banner. Last November, he took a split-decision victory over Graham Hookano to improve his record to 2-4.

Strikeforce Challengers 10 will feature the first ever Strikeforce women’s tournament. Four 135-pound women will fight for the right to face off against promotional champion Sarah Kaufman. Currently headlining the card is a catchweight fight featuring Joe Riggs and Louis Taylor.

*Article updated at 11:54 a.m. EST to include information about Couture’s opponent.