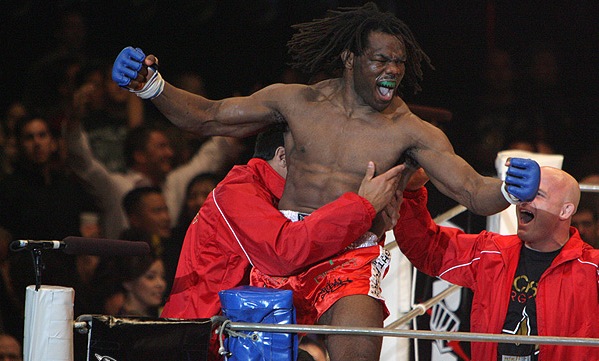 Houston Alexander and Rameau Thierry Sokoudjou will face off at Shark Fights 13. The card will take place Sept. 11 in Amarillo, Texas. The match up has been confirmed by the promotion.

ProMMANow.com recently reported a light heavyweight fight between another pair of UFC veterans, Keith Jardine and Trevor Prangley, for Shark Fights 13. Now the local promotion has added another high quality fight to their upcoming card.

Alexander burst onto the UFC’s light heavyweight scene back in 2007. He put together back-to-back highlight-reel knock out performances against Jardine and Alessio Sakara. However, after the high-flying victories, he came back to earth with three-straight losses to Thiago Silva, James Irvin and Eric Schafer. The UFC released him from his contract after he dropped a plodding decision loss to Kevin “Kimbo Slice” Ferguson in December. Since then he has gone 1-1 with a victory over David Griffin.

At one time, Sokoudjou was one of the hottest prospects in the light heavyweight division. In his first two fights under the Pride FC banner, he stopped both Antonio Rogerio Nogueira and Ricardo Arona in less than three minutes total. However, since then Sokoudjou has only gone 5-5 in the UFC, Strikeforce and Dream. In 2009, he made it to the finals of Dream’s Super Hulk tournament, but dropped the final bout to undersized Ikuhisa Minowa.

Sharks Fights has indicated that they will soon release more details for the event including broadcast information.