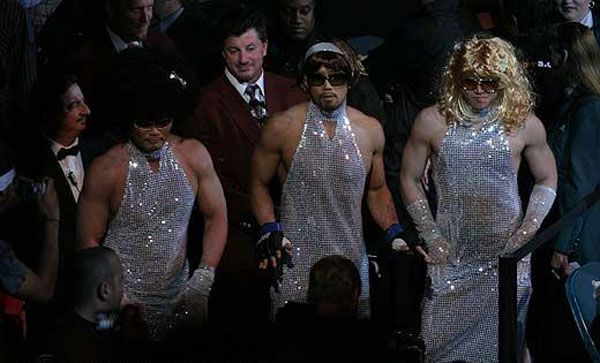 For the first time in his career, Akihiro Gono will fight at lightweight. The UFC and Pride FC veteran will meet Jadamba Narantungalag. Sengoku Raiden Championships 14 will take place on Aug. 22. The card will air live in the U.S. on HDNet.

Nightmareofbattle.com was the first to report the fight.

Gono has now won three fights in a row after dropping three-straight and getting highlight reel knocked out by Dan Hornbuckle. At SRC 11, he took a unanimous-decision victory over Yoon Young Kim. He returned at Dynamite!! 2009 and picked up one of the biggest wins of his career when he submitted Hayato Sakurai. In March, Gono took a decision over Diego Gonzalez to move his record to 32-15.

Narantungalag is a K-1 MAX veteran who currently holds a 4-2 record as a professional MMA fighter. He made his MMA debut against Norifumi “Kid” Yamamoto in 2004. Yamamoto stopped Narantungalag by knock out early in the first round. In March, he won a one-night tournament in his native Mongolia.

In an interesting twist, Narantungalag will be representing the new Team Asashoryu. The new team is headed by the disgraced sumo wrestler of the same name and his professional wrestling brother Serjbudee “Blue Wolf” Dolgorsuren, who holds a 1-0 MMA record. This has led to speculation that perhaps the former bad boy of the sumo world could make an MMA debut in the near future.

Headlining SRC 14 will be a middleweight championship match. Champion Jorge Santiago will take on Kazuo Misaki for the second time. Santiago defeated Misaki to win the belt back in 2009. The second round of Sengoku’s welterweight tournament will also take place on the card.