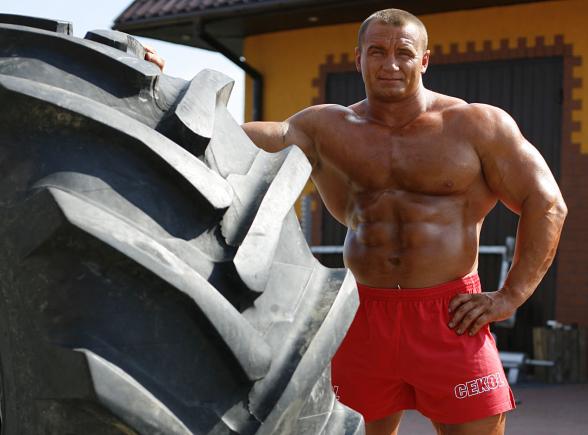 What do Kimbo Slice, Mariusz Pudzianowski, Tim Sylvia and Hong Man Choi all have in common? All of the heavyweights are being targeted for Moosin‘s second MMA card on Oct. 9 in Chicago.

MMAFighting broke the news today. According to the report, Moosin executive Corey Fischer is trying to set up co-main events featuring Kimbo Slice vs. Pudzianowski and Sylvia vs. Choi. Fischer indicated that he was currently in Korea trying to nail down the Sylvia vs. Choi, but the other proposed fight is “the furthest from being finished, but we’re trying to work on it and make it happen.”

Kevin “Kimbo Slice” Ferguson received his release from the UFC after losing to Matt Mitrione at UFC 113. In his promotional debut, he defeated Houston Alexander. Prior to the UFC, Ferguson went 3-1 under the Elite XC banner and attracted national media attention.

Former UFC heavyweight champion Sylvia first won the title by defeating Ricco Rodriguez at UFC 41. He left the promotion with a 10-4 record in 2008. Since leaving the UFC, he has gone 2-2 with losses coming against Fedor Emelianenko and Ray Mercer.

Choi competes in both MMA and kickboxing. Sadly the seven-foot South Korean has only one win in either sport since December 2007, an MMA victory over former baseball player Jose Canseco. In MMA, he currently sports a 2-3 record highlighted by losses against Fedor Emelianenko and Mirko “Cro Cop” Filipovic. On the kickboxing side, Choi has been much more successful. His 12-6 record includes wins over K-1 world champion Semmy Schilt.