UFC has reached settlements in over 500 piracy lawsuits 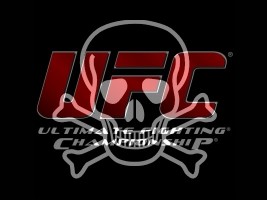 The UFC announced on Thursday that over the past two years they have filed and successfully reached settlements in over 500 piracy lawsuits.

Why they decided to announce the news at this particular time is not clear, other than to continue to try to send fear into the hearts of pirates and would-be pirates everywhere.

Here is the official press release:

As a part of its ongoing efforts to combat piracy, the Ultimate Fighting Championship announced today that it reached confidential settlements with over 500 businesses and individuals as a result of illegal broadcasts and views of UFC events.

The settlements, reached over the past two years, are only part of the UFC’s campaign to combat piracy, which includes working closely with Federal and state law enforcement agencies.

“We are committed to standing toe-to-toe with anyone trying to illegally broadcast or stream UFC events,” UFC President Dana White, said. “Today’s announcement further drives home the fact that we are fully prepared to pursue any business or individual that steals our programming.”