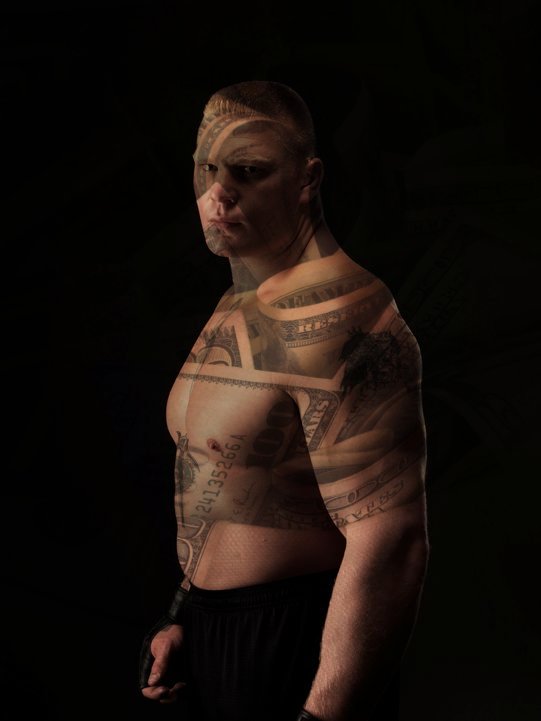 LAS VEGAS – After a beautiful mounted triangle and then armbar victory over Matt Brown, it seemed that Chris Lytle was well on his way to his sixth straight fight-night bonus.  Unfortunately for him, Brock Lesnar came back after nearly being finished by Carwin in the first round of their Heavyweight champion unification bout, to submit Carwin with a powerful arm-triangle, giving the undisputed champion the “Submission of the Night” award.

Harris earned the “Knockout of the Night” after a vicious slam of UFC newcomer Dave Branch on the preliminary card which was aired live on Spike TV.

Leben and Akiyama slugged their way to their “Fight of the Night” awards after a back-and-forth battle that saw both fighters come within reach of victory.  It looked as though the fight was going to the cards, but Leben used his ground game to end the fight within seconds of the bell in the final frame.  Leben, who stayed very active after being put on his back for most of the round, threw up his legs and locked up a triangle that finally forced Akiyama to tap.  The victory was Leben’s second in as many weeks, as he took the fight as a last minute replacement.

Soszynski and Bonnar were also awarded a “Fight of the Night” bonus after an absolute slug-fest that just may have saved Bonnar’s job in the UFC.  Both guys landed huge, staggering shots throughout the match, but it was a knee that changed the outcome of the fight as Bonnar dropped Soszynski with a knee to the jaw in the second round.  Bonnar wasted little time in going for the finish landing a barrage of left hands to the defenseless Soszynski, forcing the referee stoppage.