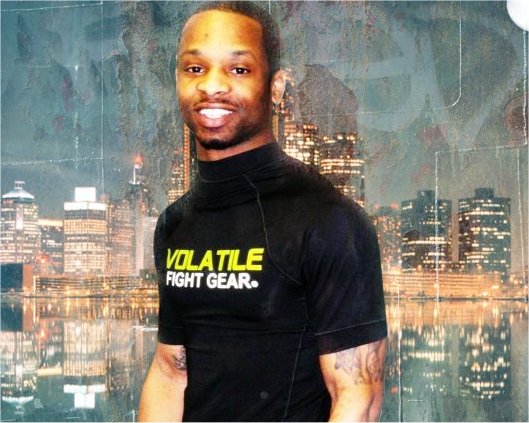 Since turning pro, Wright has built an impressive record of 4-0-1, with all of his wins coming by either KO or submission, and all coming in the first round.

What makes Wright such a threat, whether the fight stays on the feet, or hits the ground, is his dynamic blend of athleticism and technique. As a former cross-country athlete at the University of Tennessee, Wright has brought a limitless gas tank to the cage, and his fast pace mixed with constant pressure has made quick work of his first four opponents.

ProMMAnow.com caught up with the up-and-coming Wright to talk about KMAA, Waka Flocka Flame, and even Rihanna:

ProMMAnow.com – So Chris, tell us where you are based and where you train?

Chris Wright – I reside in Knoxville, TN and train at the Knoxville Martial Arts Academy.

ProMMAnow.com – How did you get involved with MMA, and are there are any other sports that you grew up playing before you got into fighting?

Chris Wright – Joey Zonar and I were classmates freshman year at the University of Tennessee. I ran cross-country at UT that year. He saw me running at the intramural field a few years later and invited me to Eric Turner’s gym (his garage at the time). I enjoyed it but didn’t have time for it because of work and classes. Once I graduated from college, I began training with KMAA on the regular.

ProMMAnow.com – You are 4-0 as a pro, with all of your wins coming in the first round. I saw you fight as an amateur a couple of times, what do you think has changed the most about your game since turning pro?

Chris Wright – I am a lot more technical now. I never did any martial arts or wrestling until 2008. I fought less than one year as an amateur. It was like a learn-as-we-go thing with coach Eric Turner but win at the same time. And here I am now. Pro! Smashing all these seasoned wrestlers, strikers and jiu jitsu champions. Eric Turner is an amazing coach. We are doing big things at KMAA!

ProMMAnow.com – You seem to really push the pace when you fight. Is this by design, and is it always a part of your game plan to always put pressure on your opponent with a relentless attack whether the fight is on the feet or on the ground?

Chris Wright – Yeah! I like to bring the pain! ANIMAL!!! [laughs]. Since turning pro, Eric and Joey have hooked me up with Nate Hoffmeister, a top notch strength and conditioning coach out of the Next Level sports training facility. I put on 10 pounds of muscle this year and I don’t get tired.

ProMMAnow.com – Any chances we will be seeing you in a Bellator tournament or in the WEC in the near future? What about Japan? What are your thoughts on heading over to the land of the rising sun to fight?

Chris Wright – Yes. I’m just waiting on one of those phone calls.The WEC! Bellator!!… I get chills just thinking bout it. O’ let’s do it! I would really love to fight in Japan too. It’s a ‘Dream’! [laughs]. Get it?

ProMMAnow.com – What do you consider to be the most exciting aspect of yourself as a fighter?

Chris Wright – I like to go toe-to-toe and bang! Give the crowd what they want. Then do my dance!

ProMMAnow.com – What can fans expect to see every time Chris Wright steps into the cage to fight?

Chris Wright – I’m gonna fight hard and leave it all in the cage. If standing I’ma knock ’em out and on the ground my submission game is craaaazzzy!

ProMMAnow.com – Do you use the same walk out song each time you fight or does it change?

Chris Wright – Yes. I have my own song, “CCChris Wright Knockin Heads Off!” featuring Right Now Entertainment’s Jake Brown, Cuzin C and myself.

ProMMAnow.com – If you had to pick one song that gets you hype for training, what would it be?

ProMMAnow.com – If you could fight anybody in the world, right this moment, who would it be?

ProMMAnow.com – If you weren’t a fighter, what would you be doing right now?

ProMMAnow.com – What’s the best thing about being a professional Mixed Martial artist?

Chris Wright –The best thing about being a professional Mixed Martial artist is the opportunity I will be able to afford others as I progress. I will be an example that anything is possible if you put your mind to it. I also will be able to give financial assistance to my family and communities.