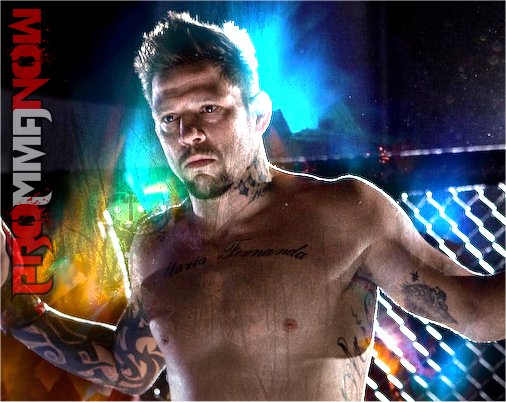 LOS ANGELES – There was a lot on the line for both Robbie Lawler and Renato “Babalu” Sobral, as they battled in the main event of tonight’s “Strikeforce: Los Angeles” fight card.  Although the fight took place at a catchweight of 195-pounds, the winner was guaranteed a title shot in their respective weight divisions.

The first round saw “Babalu” trying and succeeding to get the fight on the ground, and the two takedowns he secured, may have been the difference in scoring, as all three judges scored the fight 29-28, 29-28, 29-28 in favor of Sobral.

The second round was all Sobral, as he used a diverse mix of kicks to bruise and batter Lawler.  “Babalu” nullified the power hand of Lawler early in the second with big body kicks that left a huge welt on the left side of Lawler, forcing him to keep his left hand at home to protect his body.

Lawler took control in the final stanza, but was already behind on the cards, as he stalked Sobral around the cage looking to land a power shot that could prevent the fight from going to the judges.  Time would run out on Lawler, as Sobral was awarded the unanimous decision victory, and a shot at “King Mo” Lawal for the Strikeforce Light heavyweight title.

Lawal and Sobral are training partners, and during the post-fight interview, Sobral dodged the question about whether or not he would fight his friend, instead voicing his desire to face off against Dan Henderson, who defeated him way back in 2000.

“Cyborg” Santos showed an improved stand up game, displaying crisp boxing and nice counter punching to test the chin and will of Zaromskis early and often in their bout.  Santos stole a page out of his opponent’s play book, landing a big head kick that staggered Zaromskis midway through the first round.

Santos followed up with a brutal left hand, then a right hook that had Zaromskis reeling and trying to survive.  Zaromskis then came forward with an ill-advised flying knee, and got dropped by “Cyborg” with a left hook, followed up by a couple of finishing hammerfists to end the fight in the first round.

There was no secret coming in that Kennedy would look to take the fight to the mat, and that is exactly what he did, using a relentless takedown attack on the legs and body of Prangley from the start of the bout.

It was Prangley however, that used a couple of slick hip tosses to get the fight to the ground first, but Kennedy was able to immediately get back to his feet and resume his takedown attempts.

Once Kennedy got the fight on the mat, he used his wrestling to dominate top control, transitioning to full mount and dropping bombs from the top, forcing Prangley to give up his back, before cinching up a fight ending rear naked choke.

Heun started like a “Hurricane” from the start against Noons, pressing the action early, but it was the boxing of Noons that proved to be more effective in the first frame.

Heun was finally able to duck under the punches of Noons late in the first round, change levels, and get the fight on the ground where he instantly took the back of Noons looking for a submission finish.  Noons scrambled to shake Heun off of his back, but gave up the full mount and ate multiple big shots from Heun as the bell sounded on the first frame.

That would be the last time that Heun would be able to use his ground game against Noons.  The rest of the fight was a brawl, with both guys going toe-to-toe and exchanging big power shots, and although Heun was the busier fighter, Noons landed the more damaging blows.  Noons, bloodying the face of Heun, stuffed any and all takedown attempts by “Hurricane” for the remainder of the bout, and was awarded the split decision victory over Heun, who looked great in this fight considering he took the fight on short notice.