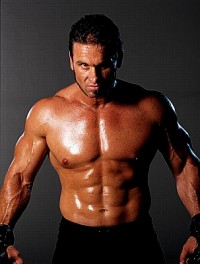 It may not come as a big surprise to many people that UFC Hall of Famer and “World’s Most Dangerous Man” Ken Shamrock (27-13-2) has used steroids. In fact, he was suspended last year for that very reason. However, it may come as a shock that he now finally admits it and is talking about it.

The email teaser for tonight’s Inside MMA episode on HDNet reads, “A UFC Hall of Famer admits using steroids during his fighting career.” If you watched last week’s episode of Inside MMA (39:00 mark) they revealed Ron Kruck did an exclusive interview with Ken Shamrock where he “made a major revelation” about steroid use, and the interview would air this week.

Ken’s brother, Frank Shamrock, in a 2008 interview, claimed the UFC Hall of Famer has been using steroids his whole life.

Frank talked about the long term effects steroids has had on Ken:

“Why do you think that his mind is so fried? Why do you think he crumbles before the big fights? He’s got no psyche. He let steroids give him a false sense of security and the moment that stuff is gone he’s no longer superman. He’s just a regular man. But without all the hard work and without all the belief in himself that a regular man would have if he got up to that point. He’s the only guy that I’ll tell on, because he’s always in trouble anyway.”

In this clip from tonight’s Inside MMA, guest Dennis Hallman claims that at least 50% of MMA fighters use performance enhancing substances. Inside MMA airs tonight, and each Friday night, at 9:00 p.m. ET/6:00 p.m. PT on HDNet.