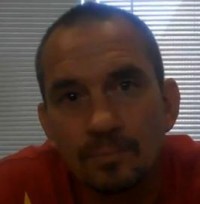 ALBUQUERQUE, N.M. – ProMMAnow.com roving reporter Tami Carswell talks to Coach Mike Winkeljohn about several of the very well known fighters he, along with his coaching partner Greg Jackson, works with in Albuquerque.

Winkeljohn says that the UFC has expressed interest in signing Villasenor, however, he is still under contract with Strikeforce and is guaranteed three fights within the year. Winkeljohn says they would be happy taking on Dan Henderson in Villasenor’s next bout.