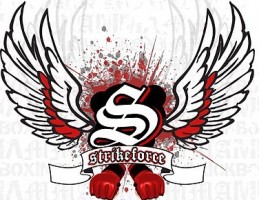 Tickets for the event go on sale to the general public at 10 a.m. PT on Monday, June 14 and can be purchased at the Comcast Arena box office (866-332-8499) as well as online at ComcastArenaEverett.com and STRIKEFORCE’s official website (www.strikeforce.com).

Del Rosario, of Irvine, Calif., hasn’t come close to losing since turning pro in August 2006. He has yet to go the distance; in fact, only one of his fights has gone past the first round.

In his last start, Del Rosario, who’ll be making his fifth appearance on SHOWTIME, submitted (omoplata) Brandon Cash at 2:57 of the first round on a STRIKEFORCE Challengers event on Nov. 6, 2009. Seven of his previous eight victories came via knockout.

Besides power, the 6-foot-4, 27-year-old Del Rosario possesses excellent movement and quickness. A graduate of UC Irvine with a degree in Psychology, Del Rosario played basketball in high school. He also is an active professional Muay Thai fighter and is 6-1 (six knockouts).

Mahe will be trying to regain his winning ways after suffering the first defeat of his career in his last start to Lavar Johnson during a STRIKEFORCE Challengers event last March 26.

An American Samoan who resides and fights out of Kahului Maui, Hawaii, the heavy-handed 6-foot-4, 28-year-old had his fair share of pavement punchouts before turning to MAA in November 2007,

Outside the cage, the married father of three children is very active in the Church. Every Saturday he and his family clean the local church (Ala Lani United Methodist Church).

Kaufman, of Victoria, British Canada, captured the first-ever STRIKEFORCE Women’s 135-pound Championship in her last start with a unanimous five-round decision over Takayo Hashi in the main event of a STRIKEFORCE Challengers card last Feb. 26.

In her outing before last on June 19, 2009, on SHOWTIME, the 5-feet-5, 24-year-old Kaufman outpointed Shayna Baszler in the historic first five-minute, three-round women’s fight.

Regarded as perhaps the most powerful, pure puncher in women’s MMA, Kaufman is an avid ballet, jazz and hip hop dancer who only discovered the sport after a martial arts gym opened underneath her dance studio when she was 17. She attended the University of Victoria for two years with the goal of becoming a cardiovascular surgeon before focusing her efforts on MMA.

A pro since 2006, Kaufman knocked out her first eight opponents before earning a hard-fought decision over Miesha Tate during the first-ever STRIKEFORCE Challengers event on May 15, 2009.

Modafferi, of Wilmington, Del., is coming off the biggest victory of her career, a three-round decision over highly regarded Tara LaRosa last May 21. The 5-foot-7, 27-year-old Modafferi has won eight of her last nine starts. The loss came in her STRIKEFORCE debut against Marloes Coenen on the undercard of “Fedor vs. Rogers’’ on Nov. 7, 2009.

One of the most unique and eclectic fighters in MMA, Modafferi cannot only be defined by fighting alone. A long-time admirer of Japanese culture, she graduated from the University of Massachusetts in 2005 with a major in Japanese Language and Literature and a minor in Linguistics. Her pro debut on Nov. 10, 2003, came in Japan during her junior year of college.

Soon after graduating college, Modafferi moved to Japan on a permanent basis after securing a full-time teaching position in which she taught English. Her earliest MMA victories came in Japan. But the lack of comparable competition made it virtually impossible for the terrific grappler to get fights, so she moved back to the United States.

Regarding her style, Modafferi says, “I put a lot of value in perfection, which is why I generally like grappling more than striking.  I think it takes the perfect pressure, the perfect control, to pull off a beautiful submission hold. You take an armbar to the point of breaking, until the opponent gives up, and you let them go, unharmed. I think it’s smooth, beautiful and masterful. I don’t really want to break somebody’s face and make them bleed — just make them give up.”

Humphrey, a military son who was born on a base in Vacaville, Calif., and resides in Atlanta, Ga., scored a submission over George Bush (guillotine choke) at 1:44 of the first-round of a STRIKEFORCE: Challengers event last March 26.

The birth name of the 5-foot-11, 33-year-old is “Ronald,” but he prefers to be addressed as “Abongo,” the name of an African warrior spirit believed to protect a village located in The Republic of Ghana. The moniker was bestowed upon him a few years ago after he endured a series of mentally and physically grueling tasks during a rites of passage trip to Africa.

Humphrey’s experience there inspired him to establish a non-profit organization that allows him to introduce other African-Americans to their heritage by bringing them to Africa.

“There are certain things that are lacking in the black community here and one of them has to do with cultural identity,” said Humphrey, whose only loss came to Brett “The Grim” Rogers.  “Fighting and doing the community work in Africa is something that really drives me and motivates me in life.”

Humphrey was introduced to a national audience as a contestant on BET’s MMA reality series “Iron Ring” where he was a member of a fight team coached by MMA star, “Mr. International” Shonie Carter, and managed by hip-hop artist and producer Lil’ Jon.

“Some people are under the impression that most of the fighters on the show were push overs, but I fought and defeated some pretty well-known contenders,” Humphrey said. Among those he defeated during his stint on “Iron Ring” were former K-1 USA contender, Jeff “Big Diesel” Ford, and Carlos Moreno, who Humphrey knocked out with a head kick.

Kyle has won four in a row and eight out of nine and is the last fighter to defeat highly touted Rafael “Feijao’’ Cavalcante. His only setback since April 2008 came against world-class Fabricio Werdum, who is fighting Fedor Emelianenko, the world’s No. 1 fighter, on June 26.