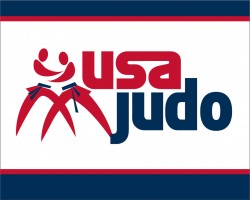 (Colorado Springs, Colo.) – In an effort to help to continue to grow and promote judo and ju-jitsu in the United States, USA Judo recently announced that both gi and no-gi ju-jitsu divisions will be included in all national competitions.

The first ju-jitsu event will be held at the National Junior Olympic Championships in Gwinnett County, Ga. on July 24. This tournament will be open to all ages and all skill levels. Athletes will be able to find more information and register for the event on www.WorldGrapplingCircuit.com or www.USJudo.org

USA Judo has expanded to include ju-jitsu under its auspices and the National Governing Body for the sport of judo will be known as USA Judo / U.S. Ju-Jitsu.

“Judo and ju-jitsu are sister sports and many of the techniques are very similar. We have witnessed athletes from both disciplines begin training in both as a cross training strategy for their each sport,” said USA Judo CEO Jose H. Rodriguez (Colorado Springs, Colo.) “Therefore, adding ju-jitsu programming to our system was a very natural progression. Of course, we are excited to see the continued explosive growth of grappling sports in the United States and the world and are pleased to offer these new extension to our existing programs.”

Since USA Judo is already a member organization of the U.S. Olympic Committee and the International Judo Federation, this is a step in the evolution of ju-jitsu and grappling becoming further recognized as a major international sport that could vie for Olympic status in the future.

USA Judo has contracted with Seth Daniels (Denver, Colo.) of Fight 2 Win and Brett Boyce (Houston, TX) of the World Grappling Circuit to organize the ju-jitsu and grappling portion of the competitions.

Boyce and Daniels have been hosting successful ju-jitsu and grappling competitions throughout the United States for 6 years.

Much like judo, U.S. Ju-Jitsu will require all athletes competing in U.S. Ju-Jitsu events to become members of the organization.  This will allow U.S. Ju-Jitsu to keep records of competition and belt experience ranks for all of its members.

Ju-jitsu athletes will be able to register for memberships on-line at www.usjudo.org or on-site at competitions.

Additional information on U.S. Ju-Jitsu will be available in the coming weeks and months at www.usjudo.org.