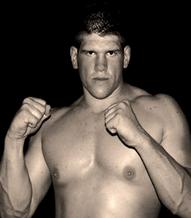 Twenty-three-year-old Christian Morecraft (6-0) from Plymouth, Mass., has signed a four fight deal with the UFC, and will fight the tenacious Stefan “Skyskcraper” Struve (19-4) at UFC 117 in Oakland, Calif, on Aug. 7.

Beane was undefeated with six first round knockouts coming into the fight. Morecraft had five straight first round victories and added one more to his streak, causing Beane to tap out due to strikes 2:40 into the first round.

News of Morecraft’s signing to the UFC and fight with Struve comes from his manager, Linda Shields, who confirmed the news with MMA Fight Council’s Aaron Richman on Sunday.

“UFC 117: Silva vs. Sonnen” will be headlined by a UFC Middleweight Title fight between champion Anderson Silva and Oregon gangster Chael Sonnen.