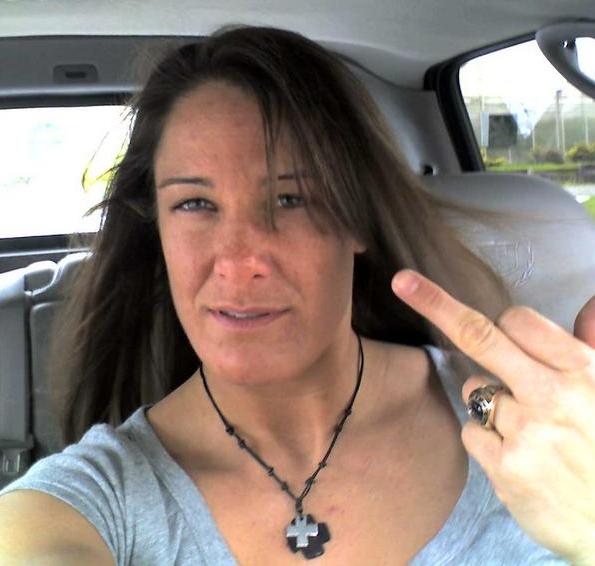 According to Urban Dictionary a Pot Stirrer is “A person who feels it is necessary to try and create more drama in regards to a situation/argument/debate in which they are an outside observer. Usually by way of comment or statement.” A lot of bloggers fashion themselves as such, but perhaps none more than Yahoo’s Steve Cofield.

In his entry, entitled “The LaRosa fable unravels at Moosin” he basically accuses Tara LaRosa of being a Kimbo-Slice-size farce. Naturally, LaRosa did lose last Saturday, so everyone in the MMA world must assume she is horrible. When a fighter loses a high profile fight, they are pretty much done. They never come back and fight at a high level. I mean, look at “Shogun,” after his loss to Forrest Griffin he never….

Let’s break down Cofield’s argument point by point and see if we can make a little sense out of it.

“Everyone has a bad night but based on LaRosa’s performance against Modafferi at Moosin, she wouldn’t stand much of a shot against the Strikeforce’s female fighting building blocks (Sarah Kaufman, Gina Carano, Cyborg Santos, Marloes Coenen). Keep in mind this was the same Modafferi, who lasted 65 seconds with Marloes Coenen.”

LaRosa dropped a split decision to a fighter that she had previously beaten. Also, while I am keeping in mind that Modafferi lost to Coenen in 65 seconds, I also remember that Modafferi owns a victory over Coenen. Why does Cofield hold Coenen with such high esteem? In Strikeforce, she beat a fighter he assigns little value to and then lost to “Cyborg.” Prior to that, Coenen lost to a fighter who had never fought MMA before.

From the way Cofield spins yarn, it seems like he thinks LaRosa does not even deserve a shot in Strikeforce. In reality, her record against ladies with Strikeforce, Elite XC and Bellator experience stands at 6-1.

“Go back and read the blather coming from everyone involved in the LaRosa/AFL story back in 2008, it has to make you laugh.”

Is it really right to laugh at fighters who have had their careers damaged by incompetent promoters? I guess it depends on who you ask. LaRosa never made six-figures from the AFL, but wouldn’t that be their fault for not putting on a show? She revealed in an interview on the Jordan Breen Show that the AFL paid her $65,000 while she was sitting on the sidelines.

“But before you shed a tear for the 31-year-old from South Jersey remember she was the one who on several occasions also criticized Gina Carano’s lack of experience (2:06 mark) and the attention she was getting.”

I clicked on Cofield’s link and it took me to an interview with LaRosa done by Sherdog’s Loretta Hunt. Below is what LaRosa said about a match up with Gina Carano.

“There is a little bit of a weight difference, and there is a little bit of a difference in our records. She is just sort of getting started at 6-0, and I’m at 15-1. so, maybe after she gets a couple more fights under her belt, some more tougher chicks like she has been doing, then maybe down the road we will see something… I’ve spoken to her on several occasions. Nice chick. She is really cool. I’d like to put that whole Internet beer thing to rest. It is ridiculous”

Not only was Carano only 6-0 at that time, but also her last three victories were against opponents coming off losses. Thanks to Gary Shaw’s farcical 140-pound weight class and her Butterbeanesque weight cutting skills, Carano never fought a woman her size until she ran into “Cyborg.”

“LaRosa is barely a 135-pounder so she had no business commenting on a 145-pounder and from a business standpoint do we all now see why Carano was pushed instead of others?”

Cofield makes an interesting point here. LaRosa is probably best fighting at 125 pounds. She dropped to that weight class during the waning days of BoDogFight. Much like 145 pounds there are not actually many women competing in the 125-pound weight class, so LaRosa spent most of her career fighting up. If anything her career success is only amplified by the fact that she is “barely a 135-pounder.”

Perhaps the Cagewriter posted his piece to inspire someone to fire back. Like any good blogosphere, the MMA one needs its Pot Stirrers. Also, without Cofield we would never receive constant updates about the MMA exploits of a former Power Ranger.