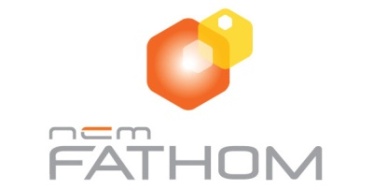 Tickets for the live event in Vancouver sold out in less than 30 minutes, setting a record for the fastest sell-out in UFC history. Eager fans can catch all the action in their local theaters by purchasing tickets at www.FathomEvents.comand at presenting theater box offices. Visit the NCM Fathom website for a complete list of theater locations and prices (theaters and participants are subject to change).

“Our fans have told us they were thrilled to have UFC 111 in movie theatres,” said UFC President Dana White. “They loved watching it with other fans and the whole experience of seeing UFC in hi-def on the big screen. Now fans can see UFC 115 with Chuck Liddell vs. Rich Franklin, plus Mirko Cro Cop vs. Pat Barry and Paulo Thiago vs. Martin Kampmann in theatres on Saturday, June 12th live from the sold-out GM Place in Vancouver.”

UFC 115: Liddell vs. Franklin will be the first-ever fight between these legends and former champions. The 40-year-old Liddell was the light heavyweight champion from April 2005 to May 2007 and Franklin was the middleweight champion from June 2005 to October 2007. Select undercards will also be shown in theaters leading up to the main event including  Mirko “Cro Cop” vs. Pat Barry, Paulo Thiago vs. Martin “The Hitman” Kampmann, Carlos Condit vs. Rory “The Water Boy” MacDonald and Gilbert Yvel vs. Ben Rothwell.

UFC and Fathom announced an agreement in February to present live UFC events on the big screen in high definition throughout 2010 beginning with “UFC 111: St- Pierre vs. Hardy” featuring Georges “Rush” St-Pierre vs. British bomber Dan “The Outlaw” Hardy, which took place on March 27 (St-Pierre defeated Hardy via unanimous decision). A survey of fans attending UFC111 in theaters overwhelmingly felt seeing the event in theaters was a great experience and better than they had expected. Fans also indicated that the value was excellent compared to watching UFC111 in other venues.

A fighter with dynamite in both fists and a champion who is known around the world, Liddell (fighting out of San Luis Obispo, Calif. / 21-7 professional record) has faced the best and beaten the best. With an amazing 10 knockouts in the UFC, with seven of those coming consecutively, Liddell is considered one of the greatest strikers in UFC history. With wins over Randy Couture, Tito Ortiz, Wanderlei Silva and Vitor Belfort, this UFC Hall of Famer has cemented a legacy for himself in the sport of mixed martial arts. Liddell is also known to fans as the coach on The Ultimate Fighter® Season 11, which airs Wednesdays at 10 p.m. ET/PT on Spike TV.

A former high school math teacher turned world-class mixed martial artist, Franklin (fighting out of Cincinnati, Ohio / 27-5-0 1 NC) holds memorable wins over Wanderlei Silva, Matt Hamill, Jason MacDonald and Nate Quarry. The former UFC middleweight champion holds 12 wins in the UFC, has moved up a weight class and looks to make even more noise in the light heavyweight division when he takes on one of the greatest fighters the UFC has ever seen.

“UFC fans were thrilled to see UFC 111 on the big screen and watching it in their local movie theaters gives them a feeling of being at the event – LIVE,” said Dan Diamond, vice president of NCM Fathom. “UFC 115 is shaping up to be a terrific bout and these fighters are sure to put on an amazing show for the fans who will see every armbar, heel hook, rear naked choke and tap out like never before on the big screen in high definition.”

The event will be the first UFC fight held in British Columbia since the Vancouver City Council passed a bill to sanction mixed martial arts events in December 2009.