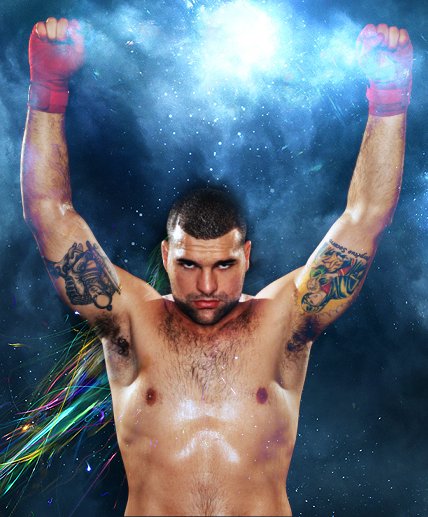 MONTREAL – The first meeting between Lyoto Machida and Mauricio “Shogun” Rua ended in a controversial decision that has been discussed by MMA fans every since that fight back in October of 2009.

There would be no controversy this time around, as “Shogun” caught Machida with a glancing right hand about three minutes into the fight, dropping the previously undefeated Machida.  Rua followed Machida to the mat to continue the onslaught, where he quickly advanced to full mount and dropped a 10 punch barrage, leaving Machida unconsious on his back.

With the knockout victory, Rua (19-4 MMA, 3-2 UFC), the newly crowned UFC Light Heavyweight Champion, displayed the aggressive and deadly “Shogun” that many fans have been waiting to see since his debut with the UFC back in 2007.

Paul Daley had said coming into his fight with Koscheck that it would only take one left hand to end the fight.  The only chance he had to throw it, was after the bell sounded on Round 3.

It took right at a minute for Koscheck to put Daley on his back.  Daley was able to make his way back to his feet, only to find himself cartwheeling right back down to the mat.  Daley would find his way out, and then land what would at first appear to be an illegal knee.  The replay seems to show that the knee was not even close to landing to the face of Koscheck, despite his animated display of pain.

Despite Koscheck’s horrible acting lesson for the night, he would go on to dominate the rest of the fight with a smothering and stifling takedown and ground game, in which Daley had absolutely no answer for.  The victory for Koscheck moves him to 15-4, and more importantly, gives him another shot at the UFC welterweight champion, Georges St. Pierre, after both men star as coaches in the next installment of The Ultimate Fighter.

The frustration for Daley bled over after the final bell sounded on the bout.  As both fighters made their way to their feet and separated, Daley threw one last left hand to the face of Josh Koscheck.  The punch will likely lead to a lengthy suspension, and it will be interesting to see what UFC president Dana White has to say about the ugly incident.

It was a back and forth affair between these two sluggers.  Stephens got the best of the stand up in Round 1, dropping Stout on two occasions, but Stout was able to come back strong, landing the more technical shots and peppering the body of  Stephens.

The rest of the fight would see the momentum swing back and forth as Stout started to really establish his leg kicks in the second round, with Stephens countering with his looping power shots.  In the end, Stephens would prove victorious, earning a unanimous decision victory over the very tough and game Sam Stout.

If Mitirone could smile his way to victory,  then the fight would have been over before it even started.  Mitrione appeared very relaxed coming into the biggest fight of his career with Kimbo Slice.

The fight started with fireworks, and after a brief exchange and clinch, Mitrione went headhunting but just missed.  Kimbo caught the kick and powerslammed Mitrione to the mat.  After a scramble on the ground, Kimbo once again scored a big takedown via the slam.

Despite the takedown, Kimbo found himself in trouble, falling right into a triangle attempt that almost finished the bout early.  Kimbo survived the submission attempt but at the end of the round he found himself once again in survival mode fighting off a tight anaconda choke from Mitirone.  The clock ran out on Mitrione’s submission attempt, but Kimbo appeared to be very fatigued heading back to his corner.

The second round would be a leg kick clinic by the former NFL player.  Mitrione started throwing and landing vicious leg kicks, nullifying Kimbo’s stand up game, chopping the street legend down to the mat.  It was just a matter of time before Mitrione gained full mount and alternated between ground and pound, and submission attempts from the top, forcing the referee to step in and stop the onslaught.

Belcher used brutal and stinging kicks to the legs and body of Cote in the first round, but was in trouble for a brief moment when Cote got top position on him and locked up a tight kimura.  Despite the submission attempt, Belcher worked out, regained top position and finished the round in top position.

After 18 months off, it seemed like Cote was finally getting his rhythm in the 2nd round, as his right hand found it’s target early and often.  After Belcher took the fight to the clinch, Cote dropped and took the fight to the ground but was unable to control Belcher, which would turn out to be his downfall.  Belcher used the cage to get back to his feet, and after securing the body of Cote, he forcefully slammed the hometown favorite directly on his face.  Cote looked stunned, and Belcher wasted no time taking his back, sinking his hooks in, and securing a fight ending rear naked choke for the victory.

After the fight, there was no question as to who “The Talent” wants next.

“I know if I take a step back and breathe, I can pick anybody apart, and you know who I’m talking about,”  said Belcher.  “I’m talking about Anderson Silva, everybody knows who can take it to him.”