King Fedor returns to action on June 26 against Fabricio Werdum 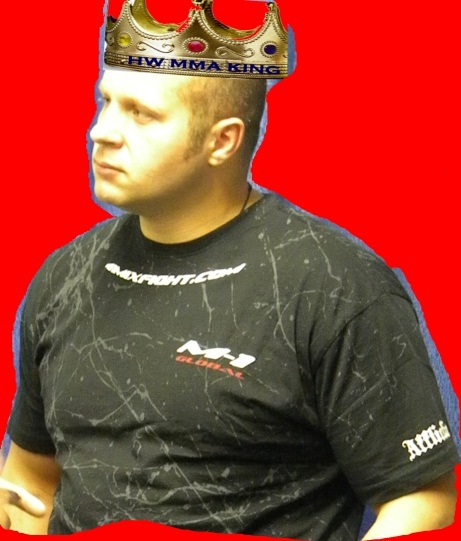 Finally, the world’s number one ranked fighter, Fedor Emelianenko (31-1-0, 1 NC) will return to action on June 26 to defend his crown against one of Strikeforce’s top heavyweight prospects, Fabricio Werdum (13-4-1). The two will serve as headliner for a Strikeforce event which will air live on Showtime from the HP Pavilion in San Jose, Calif.

Werdum, a member of the famed Chute Boxe Academy, is currently ranked number six on ProMMAnow.com’s heavyweight rankings. Now 32-years-old, he has earned his shot at Fedor by defeating Mike Kyle (15-7-1) and most recently, Antonio Silva (13-2) , since signing with Strikeforce last year.

Prior to that, Werdum spent 2007 and 2008 fighting in the UFC, where he defeated Brandon Vera and Gabriel Gonzaga and lost to Junior Dos Santos and Andrei Arlovski. In 2006, Werdum submitted Fedor’s brother, Aleksander in the first round of an MMA match in Holland.

Fedor spoke about avenging his brother’s loss in a recent blog entry on his website,

“I finally have a chance to stand across the cage from the man who beat my brother, and to make that loss right. …My training continues and I look forward to the fight.”

Werdum is known as one of the most dangerous grapplers in all of professional mixed martial arts. He is a two-time Brazilian Jiu-Jitsu world champion (2003, 2004), and a two-time ADCC world heavyweight champion (2007, 2009).

Something that rarely happens, is Fedor and Werdum will have had the exact same amount of time off when they do battle on June 26. They fought on the Strikeforce card together in Nov. 2009 at the Sears Centre in Hoffman Estates, Ill. It was there Fedor knocked out Brett Rogers in the first round and Werdum won a unanimous decision over “Bigfoot” Silva.

Fedor is on a 27-fight win streak. He has not lost a fight in ten years, and his only loss occurred when he received a cut and the doctor stopped it 17 seconds into a bout against Tsuyoshi Kosaka in the Rings organization in Japan in Dec. 2000. Coincidentally, he defeated Kosaka five years later via TKO doctor’s stoppage.

Now 33-years-old and having beaten legions of MMA’s top fighters, critics argue there is only one thing left for Fedor to do, and that is to sign a contract to fight for the UFC. It is only there they say, inside the Octagon of the Ultimate Fighting Championship, can Fedor once and for all cement his legacy as the top fighter in the world.

Similar to how the boxing world pines for a fight between Manny Pacquiao vs. Floyd Mayweather Jr., the MMA world desperately desires a fight between Fedor and UFC Heavyweight Champion Brock Lesnar. Instead, Fedor will fight one of the best grapplers in the world who went 2-2 inside the UFC.

Fedor vs. Werdum is not the most anticipated fight ever, but it is about the best competition Fedor can get outside the UFC at the moment (Overeem?). Whenever and who ever Fedor fights, the fans will watch. He is still MMA’s undisputed king.