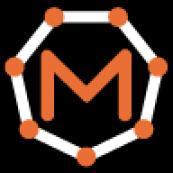 Matrix Fights (www.MatrixFights.com) formally announced Monday that its second ever event is now scheduled for the legendary “The Arena” in Philadelphia, PA on Friday, June 11. Coming off a sellout crowd in its debut event this past February, the promotion will look to continue to build on its reputation as one of the fastest growing promotions in the United States by featuring the East Coast return of UFC veteran Jay Silva as he takes on blue chip prospect Tim Williams in a middleweight contest.

The Brazilian-born fighter transitioned from being an underground legend to a mainstream figure after building a respectable 5-1 record as a pro and landing a multi-fight contract with the UFC in 2009. Despite having gone 0-2 during his brief stint with the UFC, Silva made a name for himself by going the distance with middleweight standouts Chris Leben and C.B. Dollaway. “Silva’s evolution from an East Coast-based amateur to a UFC-caliber middleweight has been nothing short of remarkable,” said Matrix Fights President Jimmy Binns Jr. “Jay was already a beloved figure on the New Jersey MMA scene before going to the UFC. But he’s more popular than ever since making it to the big show. We’re happy that we’re going to give fans in the Tri-State area their first chance to see Jay since making it to the UFC.”

Silva, who is drawing interest from several major promotions, could be just one big win away from returning to the big show. Standing in his way is one of the fastest rising middleweight prospects in all of MMA, Tim Williams.

Despite elite-level jiu-jitsu credentials, Williams’ emergence as one of the top unsigned prospects in MMA had been considered improbable. Several years ago the Maryland native nearly lost his life in an auto accident that has left permanent scarring to portions of his face. Then, just last year, Williams was diagnosed with a brain aneurysm and his promising career was thought to be at a premature end.

Through all of his life-threatening battles, Williams has persevered and has achieved excellence in the cage; first as an amateur compiling a perfect 6-0 record and now as a pro, having gone 3-0 with three first round submissions.

“I am not sure if you are going to find a more inspirational fighter in MMA than Timmy Williams,” remarked Matrix Fights promoter Phil Migliarese. “Because of the things Tim has experienced in his life outside of the cage, it has made him fearless inside of it. Usually, you don’t see a 3-0 prospect accepting a fight against someone as experienced and dangerous as Jay Silva. But anything that Tim might experience in the cage is secondary to what he has endured outside of it.”

These days fighters with less than five fights rarely show up on the radars of major national MMA organizations such as the UFC, Strikeforce, and the Bellator Fighting Championships. However, an upset victory for Williams could expedite his ascension through the ranks and land him on a big show sooner rather than later.

“Matt Makowski vs. LeVon Maynard was a tremendous main event for our first show,” began Binns. “However, I think being able to bring Jay and Tim together sends a message to our fans that we’re going to deliver a show that at worst is as good as the first and potentially even better. Both Jay and Tim will have a lot at stake on June 11 and the victor is going to walk away with more than just their win bonus.”

In addition to Silva vs. Williams, Matrix Fights II will also feature Brazilian Jiu-Jitsu black belt Tim Carpenter competing for the first-time ever in his native Philadelphia. Williams, who trains at Balance Studios and is one of the best unsigned light heavyweights in the world will put his unblemished 5-0 record on the line against New York native Guybson Sa. Sa has just one pro fight on his resume but it was a memorable victory. Facing the vastly more experienced Ryan Contaldi, who was 5-2 at the time, Sa defeated the more experienced fighter in less than two minutes after executing a triangle choke.

Matrix Fights II will feature five pro fights and seven amateur contests with additional bouts set to be announced in the coming weeks. For ticket on-sale information as well as updates to the fight card, please visit MatrixFights.com.