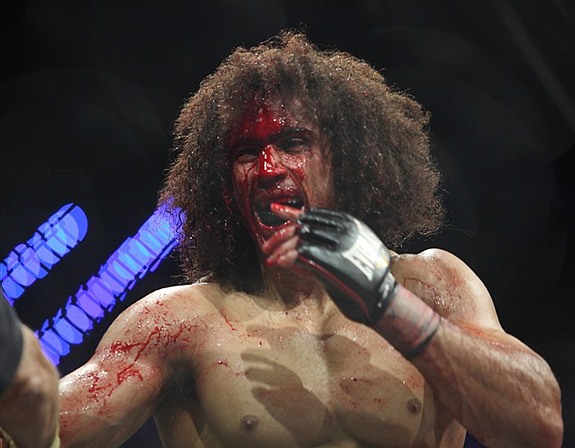 HOLLYWOOD, Fla. — “Bellator 13”, the event opener for Bellator Fighting Championships’ second season took place Thursday night at the Seminole Hard Rock Hotel & Casino. ProMMAnow.com provided live results and play-by-play commentary for the event, and our friend Tom Hill of TomHillPhotos.com (www.tomhillphotos.com) has provided us with an amazing photo gallery of the night’s action.

UFC veteran Roger Huerta looked fantastic in his Bellator debut against Chad Hinton, and ended the fight in the third round via kneebar. Wrestling phenom Joe Warren proved once again wrestling is the best base to carry into MMA, as he won a unanimous decision “ground-and-pounding” over Eric Marriott.

The following Bellator 13 fight photos are courtesy of Tom Hill at www.TomHillPhotos.com. (Click on photos to enlarge)

All Bellator 13 fight photos are courtesy of Tom Hill at www.TomHillPhotos.com.