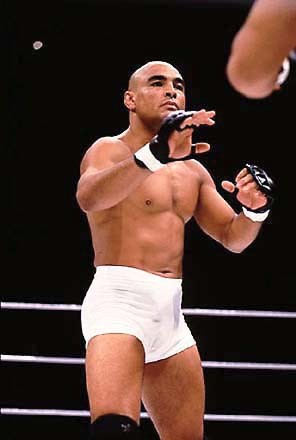 “This is truly an honor and privilege to host such an important figure to help launch the grand opening of our outstanding new facility in Sterling,” said Dave Anderson, One Spirit Martial Arts owner, founder.  “We couldn’t ask for a greater attraction than this living legend who commands worldwide respect and admiration.”

Students from all across the country are expected to take part in the seminar which runs from 5:00 pm to 10:00 pm.  Space is extremely limited for this once-in-a-life opportunity.

The 8,200 square feet facility (One Spirit is moving from Herndon) also serves as the headquarters of Pedro Saur Gracie Jiu-Jitsu, a certified 8th degree Black Belt under Rickson Gracie who was voted as “Best of the Best Brazilian Jiu-Jitsu Instructor.”

Gracie (whose first name is pronounced Hickson), a 8th Degree Black Belt Open Class Champion of the Gracie Family, holds an impeccable undefeated record in more than 400 fights over various art forms from Jiu-Jitsu and freestyle wrestling to Sambo and no holds barred challenge matches.  The acclaimed son of Helio Gracie is equally regarded as an instructor preaching determination, discipline and sportsmanship.

For more information on the Rickson Gracie appearance/seminar and One Spirit Martial Arts, please call (703) 796-5508 or visit www.onespiritmartialarts.com.