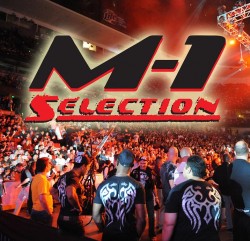 AMSTERDAM, Holland (March 24, 2010) – “M-1 Selection” is changing the sport of professional Mixed Martial Arts by giving new and upcoming fighters an opportunity to gain global recognition by competing in M-1 events held all over the world.

The opening round of “The M-1 Selection, Americas,” featuring 11 entertaining fights, will be held Saturday, April 3 at Bally’s Casino Hotel in Atlantic City, New Jersey.

It kicks-off the American edition of a global MMA tournament, unrivaled in size and scope, showcasing 160 of the most promising fighters from all around the world competing in five weight classes.

The “M1 Selection Americas” match-ups include the following fights:

The “M-1 Selection” is a knockout competition. Fighters are eliminated after only one loss while two victories earn fighters a trip to the championship to earn a shot at a coveted “M-1 Selection” title.

The “M-1 Selection Americas” event will showcase elimination fights in the lightweight, welterweight, and middleweight categories. Winners advance to the Americas second knockout round.

The tournament will feature some of the best up-and-coming fighters from each region as they begin the journey towards a tournament victory.

An Americas light heavyweight and heavyweight round is also scheduled for this spring and will take place to determine the semi-finalists for the region.

Free broadcast coverage of the entire 2010 M-1 Selection tournament will be available live to viewers worldwide on www.Sherdog.com.

Tickets, priced at $55.00-$95.00, are available to purchase through www.TicketMaster.com