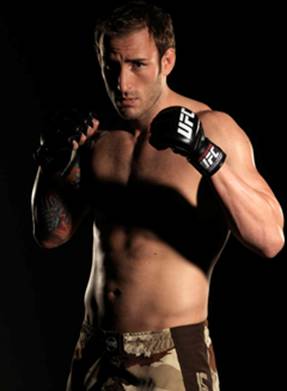 Zachrich, a mainstay on the Midwest regional circuit, boasts an overall professional record of 10-1 with four wins coming via TKO and six coming via submission. All but one of the victories have come during the first round.

A native of Bryan, Ohio, he played varsity football at Bowling Green State University before graduating with a bachelor’s degree in 2005. At around the same time, he began training with Severn, who has notched 92 career wins in the UFC, WEC, PRIDE and countless other promotions over the past 15 years.

“Luke is a great athlete who has learned MMA from great instructors,” said Bellator founder and CEO Bjorn Rebney. “He’s another strong addition to our 185 tournament.”

Bellator will also conduct tournaments at 145, 155 and 170 lbs. during its second season, with the winners in each division being declared No. 1 contenders to the current Bellator champions. Each of Bellator’s 24 Season 2 and 3 events will be broadcast on FOX Sports Net, NBC, Telemundo and The Score sports network in Canada.

Though Zachrich made his pro MMA debut in 2006, he gained his first national notoriety in the spring of 2008 on The Ultimate Fighter where was a member of the team coached by Forrest Griffin. Zachrich defeated 5-1-1 Patrick Schultz in Episode 2, but fell to future UFC signee Dan Cramer in Episode 6. Since leaving TUF, Zachrich is a perfect 3-0.

“I’ve been lucky enough to train with some of the best in the world and Bellator is a once-in-a-lifetime opportunity for me to show the results of that on the world stage,” Zachrich said. “I love the tournament set-up that Bellator has and the middleweight field is really great—there’s not a bad fighter in it. Anyone can beat anyone on any given day. With that said, I wouldn’t be in it if I didn’t think I could win it.”