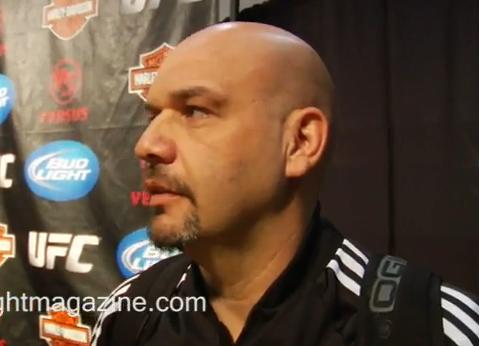 Our good friend Danny Acosta of FIGHT! Magazine caught up with Anderson Silva‘s manager, Ed Soares, to talk about the champ’s preparation for Demian Maia, who he will face in the main event on April 10, at “UFC 112: Invincible” in Abu Dhabi.

Soares says the champ looks better than ever and is training harder than ever. He also shared his thoughts on Chael Sonnen, who has been pretty vocal lately, saying some not so nice things about the champ and his manager. Soares says it’s all a show, but Silva is going to make him eat his words.