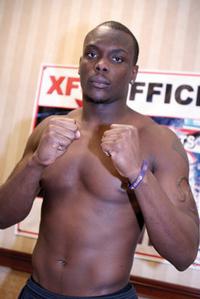 NASHVILLE, Tenn – Former linebacker for the University of Tennessee, Ovince St. Preux, who is fighting out of Knoxville MMA, will face off with Memphis BJJ & Judo’s Chris Hawk in a light heavyweight showdown on the “Strikeforce: Nashville” preliminary card on April 17. ProMMAnow.com has confirmed the match-up with a source close to the situation.

St. Preux fought on Tennessee’s very first sanctioned MMA card at “XFC 7: School of Hard Knox” in Feb. 2009. He scored a first round knockout in that bout against CT Turner. St. Preux was also nominated for Inside MMA’s “Submission of the Year” Award last year for using a calf slicer to tap out Ombey Mobley at XFC 8.

St. Preux is a fan favorite. Tennessee loves MMA, but they also love their football, and when you get an ex-UT player in the cage, “The Volunteer State” fans go nuts.

Both St. Preux and Hawk show pro records of 3-4, and both guys are coming off losses. All three of Hawk’s wins have come by way of submission, while St. Preux has two submission wins and one by knockout.

So far here’s what the “Strikeforce: Nashville” card, which takes place on April 17 at Bridgestone Arena, looks like:

Stay tuned to ProMMAnow.com as more fights will be announced for this card shortly.