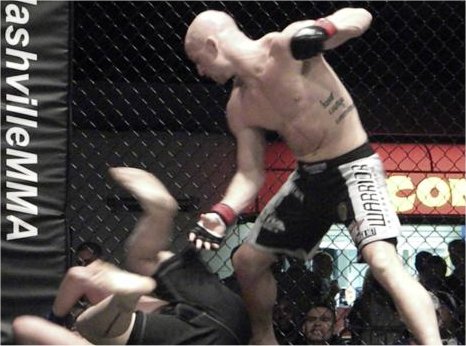 NASHVILLE, Tenn. – Nashville MMA fighter Dustin West (2-2) has been confirmed on the preliminary card for “Strikeforce: Nashville,” and will be squaring off against Team Vortex fighter Andy Uhrich (5-1).

Sources close to the situation have confirmed to Pro MMA Now (www.prommanow.com) that bout agreements have been signed by the fighters.

West was impressive in his pro debut, KO’ing TUF cast member Blake Bowman in the first round, and is recently coming off his second win via TKO at the Gameness Fighting Championships on Feb. 20, 2010.

Strikeforce light heavyweight champion Gegard Mousasi will be putting his title on the line, against the up and coming MMA force Muhammed “King Mo” Lawal.

Also rumored for the event is former WWE and TNA “pro wrestler” Bobby Lashley (5-0 MMA, 1-0 Strikeforce), although there is no opponent confirmed at this time.

In addition to West vs. Ulrich, ProMMAnow.com has also confirmed Ovince St. Preux vs. Chris Hawk, Dustin Ortiz vs. Justin Pennington, Thomas Campbell vs. Cody Floyd, and Hunter Worsham vs. Zach Underwood for the preliminary card.

The final preliminary card bout will likely be between UFC veterans Josh “The Warhammer” Schockman and Cale Yarbrough at 205 lbs., however, the bout agreements have not yet been signed according to sources close to the camps. Stay close to ProMMAnow.com for confirmation and further bout announcements.

So far here’s what the full fight card looks like: