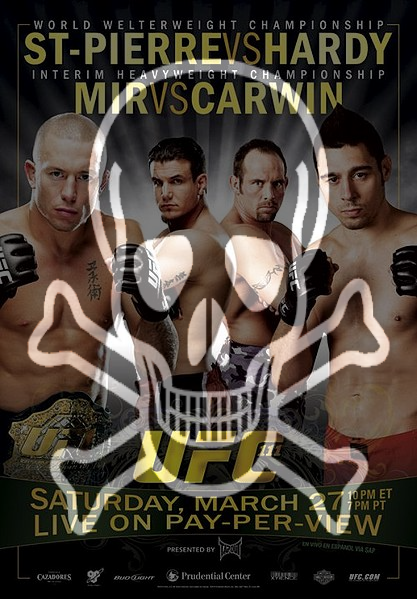 LAS VEGAS, Nev. – The Las Vegas Sun is reporting the UFC has filed lawsuit against two websites that are promoting unauthorized broadcasts of UFC pay-per-view events. The websites in question are www.watchufc111.com and www.watchufc111free.com.

According to the lawsuit, the websites have been linking to sites promoting free access to UFC 111, which takes place on March 27. The normal pay-per-view cost is $44.95.

The suit claims the names of the websites were registered with the “bad faith intent to profit from UFC’s trademarks.” The UFC seeks a court order that would require the website registrations to be transferred from the original registrars to the UFC.

There was another case last month in which the website www.rage-streams.net had allegedly been charging $6.99 to view the UFC 110 pay-per-view online, and had been selling video of past UFC events.

Some people seem to feel the UFC is charging too much for their product and that is why this happens. Yet, people pirate movies that only cost a few dollars. Even the UFC’s own color commentator Joe Rogan has said, “the Internet can’t be stopped.”

Is this a lost cause for the UFC, or will lawsuits like this ultimately discourage more pirates from trying to steal the UFC booty?