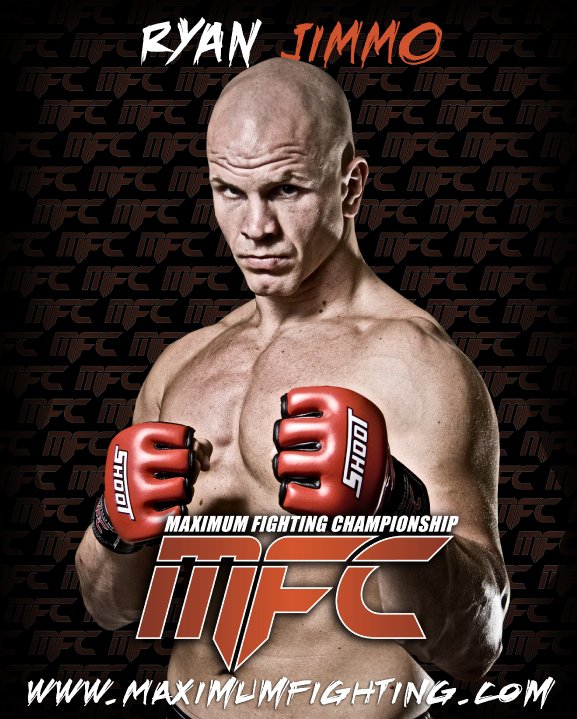 EDMONTON, Alberta – Although a main event is yet to be announced, the fight card for Maximum Fighting Championship‘s “MFC 25: Vindication” is stacked. The event, which will take place at the  the Northlands Expo Center in Edmonton on May 7 will air live on HDNet.

The co-main event  features Ryan “The Big Deal” Jimmo (12-1) and Wilson Gouveia (12-7) going at it for MFC’s number one light heavyweight contender spot. This fight will be the biggest and likely most challenging of Jimmo’s three-year pro MMA career.

He lost his pro debut in Feb. 2007, but has not lost a single bout since; that is 12 straight victories for the Canadian. Jimmo’s most recent fight was a dominating unanimous decision victory over former MFC light heavyweight champion Emanuel Newton at MFC 23 back in December.

This fight will mark Gouveia’s MFC debut after a four-year stint with the UFC. And after dropping his last two bouts at middleweight, to Nate Marquardt and Alan Belcher respectively, Gouveia will make the move to 205 lbs.

Also fighting at light heavyweight on May 7 will be Fort McMurray, Alberta’s Dwayne Lewis (11-4) taking on Mike Nickels (8-3) of Denver, Colo. Lewis has won his last seven fights, and the last five by knockout. Marvin Eastman and Ryan McClain were his most recent victims.

In a fight which won MFC’s “2009 Fight of the Year”, “The Ultimate Fighter 3” and UFC veteran Mike Nickels submitted David Heath at MFC 22 in Oct. 2009. Most recently though, Nickels lost via first round armbar submission to BJJ phenom Vinny Magalhaes at Ring of Fire in December.

David Heath (14-6) returns to MFC after submitting Jay Freeman in his most recent bout at FCF 38 in January. Heath will drop to middleweight and face Solomon “King”  Hutcherson (11-6) who is coming off a loss to Jason MacDonald at MFC 23. Prior to the loss to MacDonald, Hutcherson won a unanimous decision over Dave Mewborn at MFC 20 in Feb. 2009.

Also announced for MFC 25 is a welterweight match-up between UFC veterans Luigi “The Italian Tank” Fioravanti (16-6) and Pete “The Secret Weapon” Spratt (20-17). Fioravanti is coming off a unanimous decision win over Matt Lagler at C3 Fights back in December and Spratt is coming off a submission loss to Keith Wisniewski at “Hoosier Fight Club 2” in January.

As ProMMAnow.com reported earlier in the week, TUF veteran Richie Hightower (8-3) will open the televised portion of MFC 25 against Kajan “Ragin” Johnson (17-11-1).

“MFC 25: Vindication” will take place at the Northlands Expo Center in Edmonton on May 7 and will air live on HDNet. Tickets for the event are on sale now via the MFC Ticket Hotline at (780) 504-2024 or through Ticketmaster at www.ticketmaster.ca and charge-by-phone (780) 451-8000.