Fight Will Take Place at “Worlds Collide: Mayorga vs. Thomas” 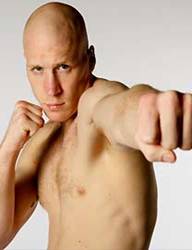 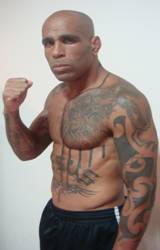 Miami, FL (USA): Shine Fights is excited to announce the official signing of a bout between former Bodog Welterweight Champion Nick “The Goat” Thompson (38-12-1) and Brazilian veteran Eduardo Pamplona (12-2). The bout will take place on the main card at “Worlds Collide: Mayorga vs. Thomas,” which will be held at the Crown Coliseum in Fayetteville, North Carolina on May 15, 2010. “Worlds Collide” will be broadcast live on Pay Per View.

Known as two of the most exciting welterweights in the world, both fighters will be making their debut with Shine Fights, and each fighter is looking to secure a place in the title picture with a victory.

Thompson, one of the most respected fighters in the sport, has fought all over the world, including in organizations such as the UFC, Bodog, Sengoku, EliteXC, and Strikeforce. Having compiled an impressive 22-2 record as a welterweight from 2005-2009, including victories over UFC veterans Josh Neer, Keith Wisnewski, Chris Wilson, Ansar Chalangov, Paul Daley, current Bellator champion Eddie Alvarez, and Cage Rage veteran Mark Weir, Thompson found it difficult to find challengers at welterweight and was forced to make the move to middleweight to face a tough opponent in Tim Kennedy in Strikeforce. Thompson lost that fight and immediately sought out an opportunity to fight at welterweight for an organization on the rise. His willingness to fight and an attractive offer from a growing promotion like Shine made Thompson aware that it was time to sign on the dotted line: “I couldn’t get a fight. It was really frustrating,” Thompson said in January when agreeing with Shine. Now with an opponent in hand and a fight on the horizon, the 28-year-old has moved on to his next goal: Shine Fights gold. “I am happy to be with Shine and I look forward to earning the first shot at their welterweight title,” said the former three-time Bodog champion. “Eduardo is a tough and exciting fighter,” Thompson said about his upcoming opponent. “He is the kind of fighter you like to fight because there will be fireworks…while he has not had a loss in the last three years, I am confident that I am the better fighter and will stand victorious when the night is over.”

One of the top welterweights in Brazil, Pamplona is now on a mission to prove that he is also one of the best 170-pound fighters in the world. Already a veteran of organizations like Pancrase, Shooto, the IFL, and M-1 Challenge, Pamplona will now bring his aggressive striking and world-class ground game to Shine Fights. Having earned victories over MMA legends Jorge “Macaco” Patino, Jose “Pele” Landi-Jons, and fellow Shine signee Daniel Acacio, Pamplona made his U.S. debut in 2007 at “IFL: Atlanta” in an exciting three round war with former EliteXC champion “Ruthless” Robbie Lawler. Pamplona lost a hotly contested bout that night, but the 34-year-old has reeled off seven straight victories since, bringing his record to 12-2 overall. “This fight with Thompson is a big fight for me,” Pamplona said. “He has many great victories on his record, and I believe it will be a great fight between us. I believe this fight will have a lot of movement. We both like to stand up and exchange. I believe we will stay on our feet.”

“I’m excited to see these two tough fighters slug it out inside the Shine cage,” Shine Fights matchmaker Ron Foster said. “The winner will definitely be at the top of the list when I look for guys to put in a title fight.”

This highly anticipated bout in the Shine welterweight division joins the previously announced main event between former boxing champion Ricardo Mayorga and MMA veteran Din Thomas on the May 15 card. Available on pay-per-view in North America, the event will start at 9 PM EST and will be available for $29.95. Tickets for the event will go on sale soon via Ticketmaster.