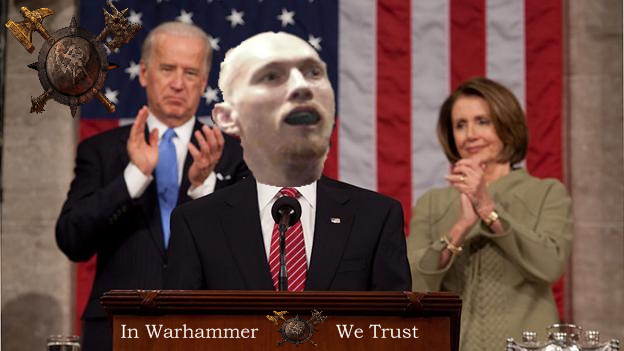 It’s Warhammer time once more folks, but before I get started I wanna give out a way you can reach me. The email is warhammernow@yahoo.com you can email me directly with questions or comments about whats going on in the world of MMA and I, the Warhammer, will address them as only I can in upcoming articles.

So as usual I’m surfing the net and looking at all that is glamorous in the world of MMA and I come across something that catches the Warhammer’s eye. It’s a story about a young English lad by the name of Dan Hardy, otherwise known as “The Outlaw”.

So I’m reading the article and I must admit ladies and gents, I was impressed. I think I just discovered my favorite English fighter.

When talking about some of his critics he said “I am a big underdog against GSP and every interview, every day, in emails from fans, I’m getting asked: ‘How do you expect to beat GSP?’ and ‘Do you think you deserve a title shot?’ I am getting those questions all the time, like GSP is some kind of god and shouldn’t’t even have to defend his title.”

Dan is so right people, and because of the Canadian conspiracy, uncovered by your main man the Warhammer, you will note 9 out of 10 Canadians actually believe that GSP is Jesus’ French Canadian brother.

Dan is also right about being an underdog in this one. Dan has the distinct disadvantage of not being Genetically enhanced and created in a laboratory.

Then he starts in on Nate Marquart. Nate was quoted as making some negative comments about Dan and this is what our man Dan has to say to it, “Nate Marquardt is another guy who has been vocal that I am getting some sort of preferential treatment from the UFC. He’s a middleweight, so I can’t see how this concerns him. But all I can say is if I don’t curl up into a ball and get blasted in one round, I’ll do better than he did in his title shot against Anderson Silva. I’ve won four UFC bouts to get here, not-so-great Nate had three, none of which were against world-beaters.”

HAHAHA, WOW! Looks like not-so-great Nate just got clowned by “The Outlaw”. Hilarious stuff people, I mean seriously. What’s with these people that just want to talk bad when someone catches a break. Look at all the people that came out against Brock Lesnar when he got his title shot. Once again our man Dan is right, stop the hate Nate.

Then he gets on the subject of Josh Koscheck. I remember seeing when Dan first got announced as the next guy up for a title shot and Koscheck came out crying about it. What a cry baby, look Koscheck you had your chance. You fought GSP and got tooled. Given I think Koscheck is a good fighter, but he got smoked and now he’s mad cause someone else gets a shot.

Koscheck you’re lame and that’s why Dan Hardy said, “I am very amused Josh Koscheck is still bitching his lungs out that he deserves a title shot, not me. British fans will know Koscheck as the Fraggle-haired guy who got sparked out in one round in London a year ago, only to take his loss out on an innocent chair backstage, scoring a split decision points win over the unsuspecting piece of furniture… Koscheck says I have beaten nobodies but my latest win was over his supposed friend and team-mate in Swick. How loyal.”

Not only did he cite the part in your statement where you clowned your boy Mike Swick, he said you have Fraggle-hair! Dan Hardy is clowning you Josh Koscheck, he’s clowning you with your owns words and he’s down playing that big decision victory you had in England against that chair. For the third time tonight Dan Hardy is right, no one likes a cry baby and your piss weak fraggle-hair gets an F, Mr. Koscheck.

The moral of this story is that win, lose, or draw Dan Hardy caught a break and that makes the jealous people of the world angry. But you know what makes him great, is the fact that he clowned those jealous people in a manner that we can all read it and laugh at how dumb they look now. On behalf of the people, the Warhammer thanks you for your hilarious comments Dan Hardy.