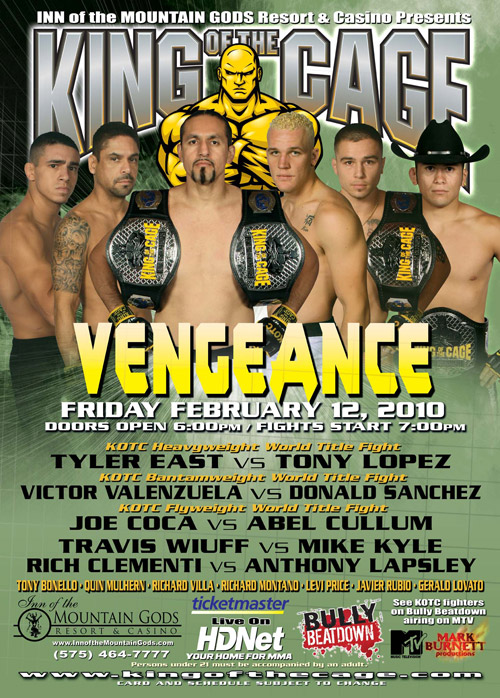 NEW MEXICO – “King of the Cage: Vengeance” took place Friday, Feb. 12, at the Inn of the Mountain Gods Resort and Casino in Mescalero, N.M. The event aired live on HDNet, as part of a new partnership which will feature monthly King of the Cage broadcasts on the high-definition television network.