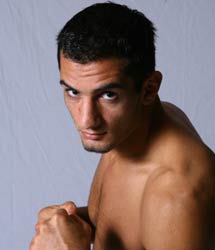 According to Sherdog.com, Strikeforce light heavyweight champion Gegard Mousasi (28-2-1) has severed ties with his M-1 Global management team, the same company that manages the career of consensus number one heavyweight Fedor Emelianenko.

“After careful consideration, I have decided that it is in my best interest to part ways with M-1 Global. During the time I spent under their wing, M-1 Global, as a promoter and management company, allowed me to achieve many great things. I appreciate all they have done for me.”

M-1 Global represenative, Apy Echteld said, “The business relationship with M-1 Global is over. It was a business decision, but not a personal one and there are no hard feelings.”

Mousasi, who has a fight contract directly with Strikeforce, said he will continue to compete within the promotion, and also still plans to enter the first round of Dream’s light heavyweight grand prix in Japan.

Many MMA hopefuls will surely see Mousasi’s change in management as an opening for the 24-year-old Armenian fighter to eventually make his way into the UFC.