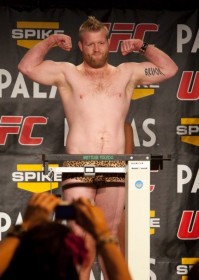 First up for “The Viking” is Josh Henry (5-1). The two will be facing off at “Ring of Fire: Warlords” in Omaha, Nebraska on March 5th. Wren confirmed that both fighters have signed bout agreements on his facebook page.

Wren (6-2 MMA, 0-1 UFC) will be looking to start a new win streak against Henry in his first fight for Ring of Fire, after being released from the UFC following his decision loss to Jon Madsen at The Ultimate Fighter 10 Finale” back in December of 2009.

Also on the card is the always unpredictable UFC vet Junie Browning (4-1 MMA, 1-1 UFC), also making his debut for Ring of Fire, as he faces off against the up and coming and undefeated Donavan Winters (2-0). The controversial Browning, is just one of several former UFC and Strikeforce fighters on the card.